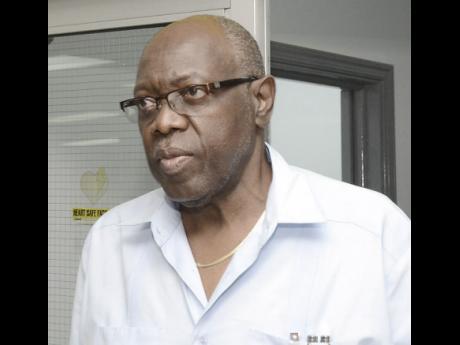 Ferguson ... did not reveal exactly what has been causing the problem and it did not confirm whether there had been deaths.

Health Minister Dr Fenton Ferguson has instructed the board of the University Hospital of the West Indies (UHWI) to take all necessary steps to halt the infection of newborns at the public health facility.

Ferguson yesterday convened an emergency meeting with a team from his ministry, the hospital and the South East Regional Health Authority (SERHA) to review what the ministry calls the current situation regarding an infection affecting some newborns at the UHWI's Neonatal Intensive Care Unit.

Last week, Nationwide Radio reported that a mystery bug at the facility had led to the deaths of four newborns.

However, the health ministry says during Saturday's meeting, Ferguson was informed that there was no mystery bug as the agent causing the infection had been identified and was being appropriately treated.

However, the ministry did not reveal exactly what has been causing the problem and it did not confirm whether there had been deaths.

In the meantime, Ferguson has reportedly committed to providing any additional resources required to deal with the situation.

The health ministry says a joint team comprising its representatives and personnel from SERHA and the UHWI is continuing to work throughout the weekend to ensure all necessary steps are in place to control the spread of the infection.

Ferguson is also reportedly in touch with international partners including the Pan American Health Organisation and the Caribbean Public Health Agency who are on standby to provide any additional assistance that may be required.

The minister is to host a press briefing on Tuesday to update the country on the issues at the UHWI's Neonatal Intensive Care Unit which generally admits babies who are very ill.