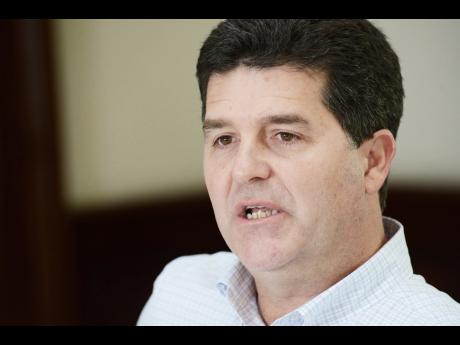 THE JAMAICA Customs Agency (JCA) late last week announced that it will begin enforcing a new provision under the amended Customs Act which will see importers paying duties on goods at the exchange rate which obtains at the time the goods are being removed from the warehouse and not the rate which was in effect when they entered the warehouse as was previously the case.

"Operators of private bonded warehouses are hereby advised that in keeping with the new provisions under Section 6 of the Customs (Amendment) Act 2014, effective immediately, duties will be levied at the rate of duty prevailing at the time the goods are being removed from the warehouse and not at the time the goods are entered for warehousing, as was previously the case," the JCA said in a release.

Major Richard Reese, CEO of the JCA, has welcomed the new provisions.

"These new provisions are in keeping with current international standards and practices that will make the agency compliant with the latest World Trade Organisation's Trade Facilitation Agreement. The new provisions also standardise the rules applicable to goods under Suspense Regimes," he said in the release.

Reese has also argued that the provisions level the playing field for importers given that, "with the new provisions, no preferential treatment is given to warehouse operators who would previously have had a competitive advantage over other importers who do not place goods in a private bonded warehouse."

Enforcement of the new provision means that if the dollar continues to slide, importers will have to fork out more money to clear their goods, a prospect that Private Sector Organisation of Jamaica President William Mahfood says will be a challenge for importers of inelastic goods.

"I have spoken to people in various sectors and their challenge is, like people in the motor vehicle industry, if they bring a 2015 car down this year but they don't sell it, they have it in the warehouse for a year maybe, what ends up happening is that the prices of the cars next year when the new models come out ... with the duties, it can make it challenging for them to sell the older models, and it's not just the duties that is calculated at that increased exchange rate, it's the duty, the GCT (general consumption tax) and so forth," Mahfood explained.

According to Mahfood, the movements in the exchange rate, which will increase duties on other goods such as alcohol and consumer products, will be passed on to customers and thus limit the impact on businesses operating in those sectors.

Mahfood went on to argue that the new provisions point to the need for a stable exchange rate.

"One of the most critical things for us to have economic growth and to be more attractive for investments is a stable exchange rate. In the last couple of years, movements in exchange rate allowed some of our manufacturers to become more competitive through import substitution, but a long-term strategy of devaluation is not a good strategy ... because it drives up inflation, causes consumers to have less disposable income, forces investors to be nervous, (and) creates instability in the market, so it's time for us to really call for a stable exchange rate," he said.