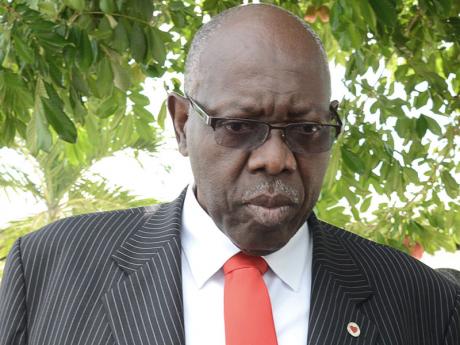 Ferguson ... said he learned of the baby crisis on Friday.

The young professional affiliate of the Jamaica Labour Party, Generation 2000 (G2K), has called for the sacking of the Health Minister Dr Fenton Ferguson over the crisis at the University Hospital of the West Indies and the Cornwall Regional Hospital which has resulted in the deaths of 18 babies in four months.

Ferguson has said he did not know about the issue until Friday and the G2K says this is surprising and unacceptable.

According to the group, the situation highlights a breakdown in the management of regional health authorities and is yet another example of Ferguson’s mismanagement, ineptness and disregard for the health and safety of the nation.

As a result, the G2K says Prime Minister Portia Simpson Miller should act now and relieve the health minister of his portfolio.

In the meantime, the People’s National Party (PNP) has released a statement saying it is assured that at Ferguson's request, the competent health authorities have been taking steps in response to the current incidences.

"We further wish to caution and restate that public health care issues be treated responsibly with an emphasis on accuracy lest panic contributes to undermining the response and spreads undue fear among the public," said a PNP spokesperson in the statement.

The party also said it was further reassured by the actions of the Health Ministry which has recently started to implement the Programme for the Reduction of Maternal and Child Mortality following its submission of a project proposal which has received the highest ever grant funding to the health sector of some 22 million Euros or J$3 billion.