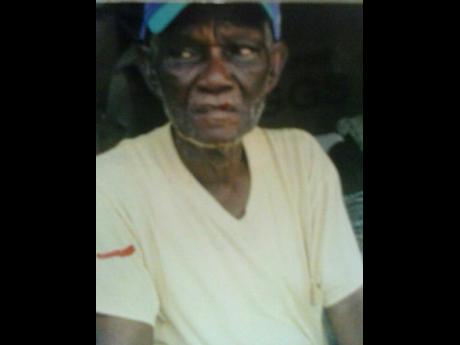 Eustace Alpahdus Brown, affectionately called ‘Papa’by his family and friends, was born on May 19 in 1928.

His parents were Elfreda and James Brown. He had six siblings, including Carlton, Betsy, Coolie man, and Girlie. Brown was born in Spanish Town, St Catherine, where he grew up.

He later moved to Old Harbour. Papa was a hard-working man. He was a shoemaker, and he worked with the St Catherine Parish Council. “He would always say ‘anything you want, you must work for it’,” Melissa remembered. Melissa is one of Brown’s 24 grandchildren, whom he loved dearly.

Brown had a relationship with Shirley, which produced eight of his children, but it didn’t last. He married Lettia, and they were married for more than 40 years. Brown received his secondary education at the Spanish Town High School.

“One of his favourite quotes was ‘education is the key’,” Melissa added. Brown was a God-fearing person who went to the Church of God of Prophecy. His granddaughter remembered him as the man who encouraged everyone to pray and ask God for all that they wanted.

Brown went to be with his Lord and saviour on October 10. A thanksgiving service will be held on November 7 at his church, starting at 10 a.m. His 14 grandchildren, other family members, and friends will honour him.