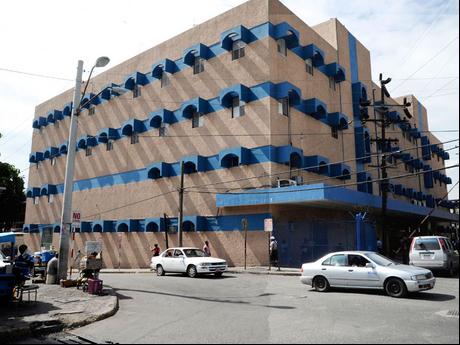 Questions continue to be raised about the government's handling of the public health system in light of an outbreak of infectious bacteria at two of Jamaica's major hospitals.

The outbreak has claimed the lives of 18 babies.

The Health Ministry was forced to go public yesterday and admit that 18 babies, most of them born premature, have died as a result of the infections caused by the klebsiella and serattia bacteria.

The health officials also admitted that there have been four outbreaks, one each in July at the Cornwall Regional Hospital in St James and the University Hospital of the West Indies in St Andrew.

Two other outbreaks have been taking place at the same hospitals since September.

Health Minister Dr Fenton Ferguson, admitted yesterday that he didn't know about the situation even as the permanent secretary in the ministry, Dr Kevin Harvey insists that the outbreak of infections in neonatal units in hospitals is not unusual.

Although Dr Harvey said the outbreak of the infections is not unusual, he did not present any figures on the deaths, cases or frequency of outbreaks in the neonatal units of hospitals over the years.

News of the deadly outbreaks come more than a month after Dr Ferguson's ministry ruled it will not disclose an audit of major health facilities.

Ferguson revealed a document that listed eight findings which pointed to a host of problems including major defects in infrastructure and an inadequate supply of basic resources.

The findings revealed inadequate systems and infrastructure for infection prevention and control, in particular in maternity, operating theatres, neonatal units and intensive care.

There was also inadequate hand hygiene practise, promotion and infrastructure throughout.

Those findings were consistent with concerns raised in May by the Jamaica Medical Doctors Association (JMDA) when it demanded attention be placed on the health sector.

Dr Alfred Dawes, who resigned yesterday as JMDA head, shocked the nation in May when he showed pictures and gave descriptions of the conditions in the public health system.

Like he did in September after releasing the audit, Ferguson said measures are being put in place to improve the health sector including the implementation of a 10-year reform strategy.