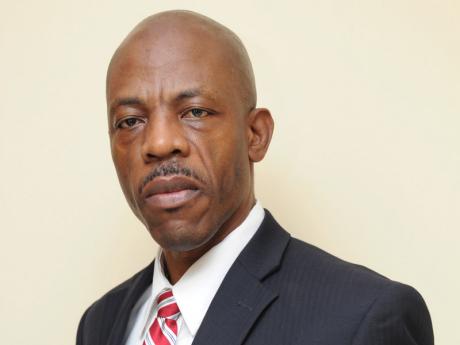 Commissioner of Police, Dr Carl Williams. According to a JLP release, Spokesperson on National Security, Derrick Smith, summoned the Commissioner and other high ranking police personnel in his capacity as chairman of the Internal/External Committee of Parliament.

A committee of parliament has summoned the Commissioner of Police, Dr Carl Williams to appear at a meeting next month to report on efforts to stem the increase in murders across the country.

He and other members of the high command will reportedly be asked to explain the crime strategy of the Jamaica Constabulary Force.

News of the development came this morning in a media release from the Jamaica Labour Party (JLP).

The Gleaner/Power 106 News Centre understands that requests to appear before a parliamentary committee are typically sent by the Houses of Parliament.

According to the JLP's release, Spokesperson on National Security, Derrick Smith, summoned the Commissioner and other high ranking police personnel in his capacity as chairman of the Internal/External Committee of Parliament.

Smith says the police team is to report to the committee on Tuesday, November 10.

He says as chairman of the committee, he has an obligation to promote optimal levels of performance and accountability by key agents of the State charged with ensuring a safe society.

Smith says he was compelled to summon the police team because of murders spiralling out of control.

According to him, it is disheartening to note that while the country observed National Heritage Week about 36 Jamaicans were murdered.

The murder toll this year has already surpassed the 1,005 mark that was recorded last year.

He says as at Monday, Jamaica's murder toll so far this year stood at 1,004, representing an increase of 26 when compared with the similar period last year.