Monster Category 5 storm to bear down on Mexico 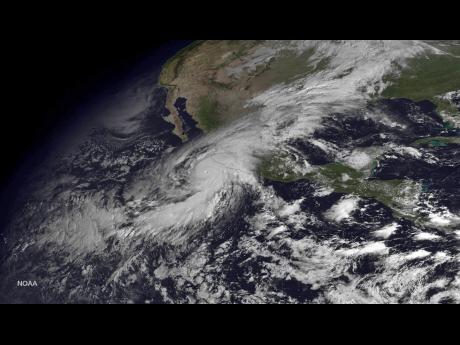 The strongest hurricane ever recorded in the Americas is bearing down on Mexico's Pacific coast, threatening a "potentially catastrophic" landfall.

Mexican authorities have begun evacuating residents ahead of the arrival of Hurricane Patricia.

The World Meteorological Organization says the storm is comparable to Typhoon Haiyan, which killed 6,300 people in the Philippines in 2013.

Men nail boards across the shutters of a waterfront business, as residents prepare for the arrival of Hurricane Patricia in Puerto Vallarta, Mexico. - AP Photo

A state of emergency has been declared in three states in Patricia's path.

The category five hurricane is expected to make landfall on Friday afternoon or evening, with winds of 200 miles per hour.

According to the US National Hurricane Center Patricia is a potentially catastrophic hurricane.

The centre added that it was the strongest storm it had recorded in the eastern Pacific or the Atlantic.