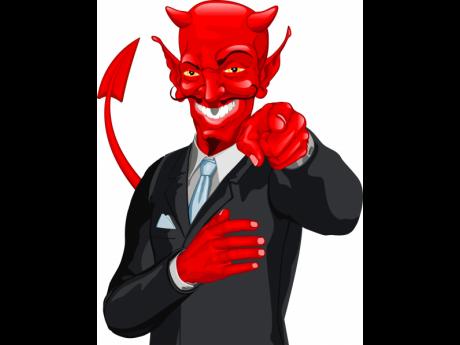 The other day in church, I was scared out of my wits. I must confess that I have never witnessed anyone having demons being cast out of them, and that experience has left me with a number of questions.

I know I have read in the Bible where Jesus cast out demons and they went into the pigs, causing them to run into the sea and drown. But somewhere at the back of my mind, I just thought those were parables or something he was using to get his point across.

The other day in church, there was a woman who came to the altar requesting prayer. My pastor started praying for her. Suddenly, her eyes started rolling over and she became very aggressive. She was even talking in a coarse voice that sent shivers down my spine. Honestly, I moved from the front bench where I was seated and went a little further back.

It was pure excitement as she resisted all effort by the pastor and other spirit-filled members, who got involved after she started showing these signs.

They started speaking in tongues over her, commanding her to say 'Jesus is Lord'.

After what seemed like eternity, she was finally shouting the name of Jesus and crying.

They say she was demon possessed, which was why she was acting like that. My question is: Are they real and how do you know that you are one of those possessed?

To answer your question, yes demons are real. The Bible said so. Read Luke 8:2: "And certain women, which had been healed of evil spirits and infirmities, Mary called Magdalene, out of whom went seven devils" and, of course, there are numerous other scriptures that I could quote.

What you saw in your church was a manifestation of someone who was possessed.

To answer your other question, I am no authority on when one is possessed. It is hard to tell and it is only real discernment by spiritual eyes that can tell you that, unless, like the girl in church, that person starts to 'act up'.

From my research, I can tell you some of the signs given. These include thinking thoughts which are not like you - one which 'come out of the blue', sudden depression and suicidal thoughts, feeling like something or someone else is controlling you, hearing voices in your head, and feeling pressured by an unknown force to commit acts you shouldn't, among others.

I hope I have managed to help you.

The other day I was on a coaster bus coming into Kingston when the bus stopped to pick up a passenger. The driver saw someone hurriedly walking across the street to catch the bus and he drove away.

He started talking why he wasn't willing to pick up the middle-aged woman.

He claimed that every time she took the bus, she had a story and couldn't find the fare. He was even more put out by the fact that she was proclaiming to be a Christian. He made the comment that he didn't know why her God was so mean to her. As a Christian, I felt bad. He made it look as if God was not giving her anything. Is it right for Christians to beg?

There are different degrees of begging. Churches and other charitable institutions that solicit help is one form of begging.

Yes, they beg so that they can help others. If you are referring to walking on the street with your hand outstretched begging all and sundry, then I have reservations about that. The Bible did promise to "take care of your every need". I have heard many testimonies where God's people were lacking in some areas and the desire was placed in someone else's heart to reach out and help the one in need.

God has given a lot of promises in the Bible, He said we are more valuable than the birds of the air and the lilies of the field, and if He takes care of those, He will take care of us, too.

It's all a matter of faith and how much you trust God to take care of you. I don't know that woman's circumstances, if she is a real believer or not, but whatever caused her to be reaching out for help, I don't think that's the attitude.

n Do you have an issue in the Church and need guidance? Send questions to familyandreligion