From gang member to pastor - Christopher Murray called to serve 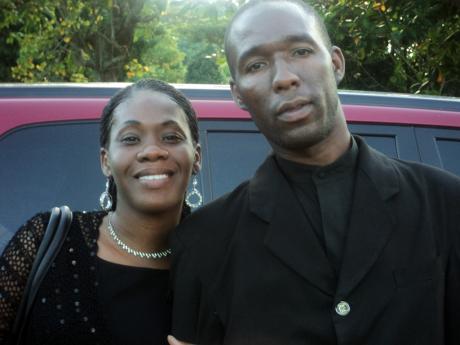 When Pastor Christopher Murray preaches about overcoming in spite of one's circumstances, he knows what he is talking about.

His whole life has been a series of divine interventions. His foray into Bible College, his call to ministry and even the woman he chose to be his wife.

Unlike most men, he already knew a lot about his wife whom he had never met. He got a specific prophetic word from a preacher in New York that his wife would not be from his local church or community. While in Bible College, he got another word about Marshalee (his wife). This time, he got her complexion, her occupation and that she sings very well.

He finally met the woman he had been hearing so much about in Portland Cottage, Clarendon, where she was staying at a minister's house that he knew.

"I was invited to preach at a Crusade, so I stayed at the house for a little while too. It was a divine connection and it was confirmed by another minister who was also staying at the house. At the time, he didn't know us. However, he called us together at the dining table and told us that he saw an early wedding," he related.

Growing up as a child, that happiness might have eluded him had it not been for God on his side orchestrating every move.

The odds were stacked against him as he was exposed to stealing at a tender age and due to those activities, he recalls living at 21 different places as he was always on the run with his father.

Ironically, his father was the one who made the prophetic statement over his life. As he told Family and Religion, "In spite of everything, my father used to say that I would become a pastor, which was strange because I was the child who gave the most trouble and got the most beating. He was eventually shot and killed before his prophecy came to pass (that's one of my biggest regrets)," he said.

One night at crusade, things changed for Murray. Although he went to "check out girls", God had other plans for him. He responded to the altar call and was baptised soon after.

"So I struggled with that for a while, even while in church. I would go to service and then go to the gang afterwards - very discretely," he said.

There came a time when Murray unknowingly described himself as what he would later be - a pastor. That happened one night after a friend was killed.

"I had a gun and the police were approaching, so I threw it away quickly and tucked in my shirt. They asked me what kind of work I do, and the first thing that came out of my mouth was, "I am a pastor". That calmed them down and they showed me respect."

Murray had a spiritual experience in 1997 at a month-long crusade in Pennants, Clarendon. He experienced an overwhelming feeling manifesting, he said, like pepper burning his body.

"I didn't understand it, but I was told that I was called to the ministry. Later on, I started to receive many prophetic utterances about me entering the ministry," he said.

More things started happening whenever he delivered the message to show him that preaching was his calling.

"I started to see manifestations of deliverance when I was called to preach in Lime Hall, St Ann. People were being set free from all kinds of spiritual forces and testified of this. I started paying more attention, so I would go on long periods of fasting so I began to understand more about God's presence and power. Since then, there has been a strong anointing for deliverance that manifests everywhere I go to minister," he said.

Murray was even more convinced on his path when an unknown sponsor fully paid his fee to attend Caribbean Pentecostal College where he could be trained.

He completed his studies in 2002 and should have been ready to take up his ministerial duties, but his old gang members had him under pressure to rejoin.

Torn between staying on the straight and narrow and fear that they might see him as a traitor, he started to go back where they hung out as he saw them as family.

"Church people started to identify me with them and would tell others about it, so I was ostracised by the church until I had no desire to go back to the church.

One Friday night, I made up my mind to go back to the gang fully. I was there with them drinking alcohol and waiting for midnight for the official gun salute to welcome me back," he reminisced.

God had other plans for him as at 11:45 p.m. his phone rang and it was a minister who had just returned from overseas calling him with the instruction to "leaving what I was doing, get some rest and see him in the morning".

"I told them I had an emergency and that I would be back, but I knew in my heart that I would not return. The truth is that I was very uncomfortable there, but tried to hide it. This phone call confirmed that I really didn't belong there," he said.

The pressure to be a part of the gang continued, but this time, Murray found the strength to stay away. He sent a message through a counsellor to the gang leader that he would "stay with God".

He got his freedom when some members died and the others migrated.

not yet out of the danger zone

The pastor was not out of the danger zone yet though. In 2004, his appendix burst and it was three days before he found out.

The doctors told him that he should not be alive, but instead he came out of surgery singing the song "I won't walk without Jesus".

"We have people who come from as far as Montego Bay - even overseas to be delivered and have given their testimonies."

Pastor Murray pointed out that he, too, has days when he gets discouraged, but when that happens, there would be another vision from God or someone would come with prophetic word encouraging them about the ministry.