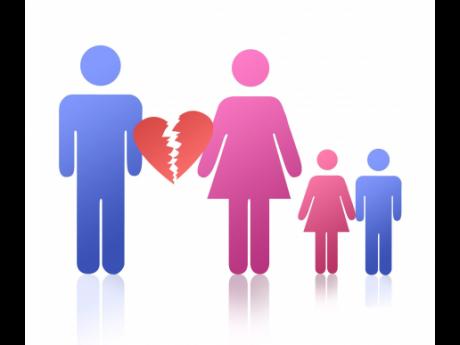 Because there are no perfect families, all families have a degree of dysfunction, but some more than others. A dysfunctional family is one in which the relationship between family members is not conducive to emotional and physical health.

Today, we look at a man named Joseph. Joseph was raised in a family filled with angry, jealous and deceitful people, yet he became one of the two men whose lives are recorded in the Bible about whom there is not one word of criticism. Joseph was faithful to God in an imperfect family. We are going to look at his family as a case study with the aim of identifying things to avoid or correct in our families.

In Genesis 29, when Joseph was about 10 years old, his family situation was a mess. His father, Jacob, was a polygamist, fathering 12 sons from four women (two of whom were sisters), his only sister was raped, and his older brothers were guilty of murder and theft. By the time Joseph was 17, his father, Jacob, now openly showed that Joseph was his favourite, demonstrating this before Joseph's brothers.

"When his brothers saw that their father loved him more than any of them, they hated him and could not speak a kind word to him." Genesis 37:4 NIV.

Jealous of him, Joseph's brothers sold him into slavery and lied to their father that he was killed by a wild animal.

This paints the picture of an imperfect family. But just because Joseph had a dysfunctional family, that didn't predetermine that he would repeat the same mistakes. Instead, he lived a God-honouring life, and God blessed him.

Joseph's family was dishonest and deceitful, yet Joseph became known for his integrity. Genesis 39:4 states: "... Potiphar put him in charge of his household, and he entrusted to his care everything he owned."

Joseph shows us that our families' imperfections don't have to live on for another generation through us. A new tradition can begin with us. We can break the cycle. Too often, we make excuses for ourselves by blaming others. And yes, they might have hurt or abused us and they might not have been a good example, but, in God, our past can be healed.

"Therefore, if anyone is in Christ, he is a new creation; the old has gone, the new has come!" 2 Corinthians 5:17 NIV. If you've trusted in Christ as your Lord and Saviour, you are a new person. You have a new bloodline, a new spiritual family.

Some people from imperfect families may be tempted to blame God for their troubles and become bitter with Him. Rather than being bitter, Joseph kept his faith in God and became known for his devotion to Him.

"How could I do such a wicked thing and sin against God?" Genesis 39:9 NIV.

Regardless of our family origin, we can make it our life's goal to follow God and be faithful to his teachings. Additionally, too often our faith is dependent on our circumstance and our feelings. We need to stand our ground in good times and in bad times because God is always at work.

3 Don't quit - bloom where you are planted

"When his master saw that the Lord was with him and that the Lord gave him success in everything he did, Joseph found favour in his eyes and became his attendant. Potiphar put him in charge of his household, and he entrusted to his care everything he owned." Genesis 39:3-4 NIV.

God gave Joseph success in everything he did, and at the age of 30, he rose to be second in command in the world's most powerful empire (Genesis 41:41). God was working out something in Joseph's lives. Some people from an imperfect family may feel like their lives have been irreparably broken, but God wants to not only restore you, but make you useful. God wants you to fulfil your destiny despite your background.

"You intended to harm me, but God intended it for good to accomplish what is now being done, the saving of many lives." Genesis 50:20 NIV

Joseph eventually forgave his brothers. He made a conscious decision to forgive them and not allow the experience to dictate the direction of his life.

Some of you are right where Joseph was. You've been treated unfairly, betrayed by loved ones, falsely accused and forgotten by those you counted on. But with God's activity in your life, you can be a survivor!