Shanda-Paul Laylor - Drumming for the Lord 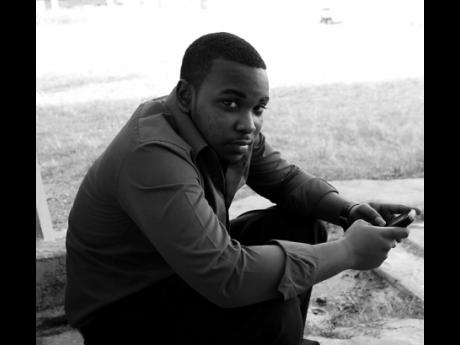 Most churches rely heavily on music in order to assist in their service's proceedings and though music is an essential part of service, highly underrated are the musicians.

Some are treated with little regard and are sometimes considered "the least righteous" among the congregation.

"Anybody can play the drum or the keyboard. We can even pay professionals to sit in on Sunday mornings," is a view shared by many Christians. And though this is not always the case, the importance of the musicians cannot be ignored.

Everyone has a calling: some to preaching, some to evangelising and others to ministering through song. Have you ever stopped to consider that the musician's use their craft as their ministry?

Shanda-Paul Laylor, a youth man, who has been playing the drums for more than seven years, said drumming is his ministry. According to him, there's nothing else he'd rather be doing in church.

"When I was smaller, I used to sit on the front bench at church and watch the drummer play from the start of the service to the end. Nothing could get me to move. I just had this passion for playing drums and as I grew older, so did my desire. I wanted to be the drummer at my church," he told Family and Religion.

"I believe playing drum is my ministry. This is what I was called to do. I think so because I didn't go to a school neither did I take music classes. God gave me this talent and by practising and committing myself to Him. (He) allowed me to reach where I am today," he said adding that he is very comfortable with his role and does not get jealous of other people's ministry.

Laylor testified that playing drums, for him, is not just a mere hobby. The craft does a lot for him mentally and spiritually.

"Whenever I'm around the (drum) set it feels as if I'm in another world, especially if the music is running the way it should. It takes me someplace new and rids me of all my problems. It makes me feel free."

According to him: "Drumming helps me to be closer to God, because if He's not in the picture, or if I'm being unfaithful to Him, then I will sound like an empty barrel just making noise. This is so because then I'd be leaning on my own understanding and playing on my own. The music doesn't sound good and this is something that I have proven."

Laylor said that when God is in the picture, then the rest becomes history, indicating that all beats are on point and the music runs well.

Laylor doesn't only play for his church, but in fact is a part of a Christian music group called One Step Closer. The group plays for various church events including weddings and funerals.

The young drummer is encouraging his fellow musicians to stand strong despite the stereotypes.

"Do whatever you do from the bottom of your heart, always remembering to put God at the centre of it. We can't all be preachers or singers. The world needs music too. And though our praise may take a different form, it is still as effective when done with clean hands and a pure heart," advised Laylor.