'We want to become webcam stars' 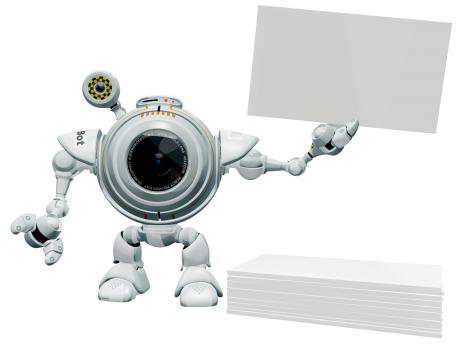 Q We are a young couple who enjoy sex with each other. We hope to marry one day. But at present, we are poor, Doc. So we are trying to think of ways of making money.

We have heard where it is possible for a sexy couple like us to become 'webcam stars.' It seems like there are people who will pay good money to watch a guy and a girl having sex on the Internet. All we have to do is to set up a webcam and point it at our bed.

An older friend of ours says he could fix it for us to do this. He would just take one-third of the profits.

What do you think, Doc? Would this be a good way of earning some cash? Or do you know about any dangers?

A Please think very carefully before going ahead with what could turn out to be a pretty risky activity.

The participants are usually young - like yourselves. The female partner is generally referred to as a 'cam-girl' and the male partner is called a 'cam-boy.' Both of them are often labelled with the unpleasant term 'cam-whore.' This expression does indicate that a lot of people regard that activity as something quite close to prostitution.

As far as I understand it, the sex-webcam industry works in one of two ways:

n Alternatively, there is a system in which a viewer can 'hire' you to do various sex acts. For instance, he might just pay a few dollars to see naked kissing. But he would pay far more in order to see the two of you having oral sex, or actually doing sexual intercourse.

Now, you ask about dangers. Well, for a start, you would be exposing your nude bodies to anyone who wanted to see them. I think it would be inevitable that people in your town would get to know about what you two were doing. Quite probably, your families would find out. This could cause quite a fuss.

Some young couples wear masks while performing, but I am not sure how effective a disguise this is.

Being seen (and probably recorded) while having sex on the screen could be a considerable handicap to you in any future career. Also, there is a distinct possibility of what is called 'webcam blackmail.'

What does that mean? I think you should read the Wikipedia article on this particular subject. You will see that many young people who have engaged in sex on camera have later found themselves being blackmailed by wicked individuals. Some victims have actually committed suicide.

Finally, let me deal with the question of the older guy who wants to arrange all this for you. I am a little puzzled about his motives. In particular, I am surprised that he wants to take a third of your profits. I do not think that you should 'sign up' with him, however, I do feel that the two of you should find some safer way of making a living. Good luck.

Q Two weeks ago, I let a boy in Portland have just a little sex with me, Doc. What I mean is that I let him put his organ inside me for around two to three minutes. He assured me that he did not discharge.

But now my menses are five days overdue. Can you please advise me? Could I possibly be pregnant?

A I am afraid that this has to be a possibility. In matters of sex, young men are not always entirely truthful. So, it may be that this guy really did climax inside you. And even if he didn't, there is a small chance that there might have been a leakage of sperm.

So what you must do is to get a pregnancy test performed right away. Let us hope that it is negative.

And please, in the future, do not let any boys have 'just a little sex' with you. Even very brief sex can lead to pregnancy or to a sexually transmitted infection.

Q I am a guy of 19, and for the last five years I have masturbated regularly - around three times for the week.

Doc, I am fretting about two things:

1. Is this an excessive amount of orgasms?

A Please quit fretting. In response to your first question, I can tell you that American sexologists have found that for a guy of your age, two or three orgasms per week is about average.

Q Doc, I am 18 and my loving boyfriend is 19. We are so much in love. We have never been with anyone else, or even kissed anyone else.

We cannot bear to be apart for more than a couple of hours. Of course, there is the question of sex. We find it difficult to keep our hands off each other.

Will this do us any harm? Could it cause pregnancy? Or VD?

A Well, lots of young couples go in for this type of 'hand-petting' - partly in order to relieve their sexual frustrations.

This activity cannot cause pregnancy - unless you are unwise enough to get some of your boyfriend's man-fluid into the vagina.

Also, it cannot cause an STI, especially as neither of you has ever been with anyone else.

One word of warning: hand-petting has a way of leading to more advanced sexual activities. In other words, you could easily drift into intercourse. So try not to do that.

Q Hello, Doc. What is the best Pill for a girl to take?

A I'm afraid there is no such thing as a best Pill. What you need is a brand of Pill which suits you and which you are comfortable with.

Please be advised by a doctor or a family planning-trained nurse abut which Pill to start on. But do ask them for a type which carries a low risk of causing clotting (that is, thrombosis).