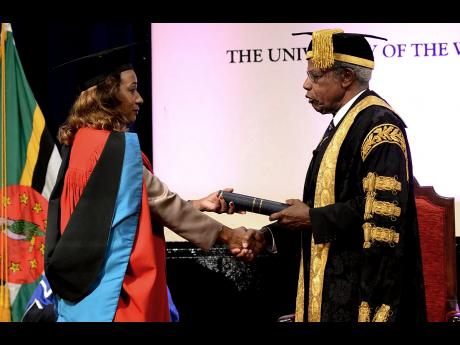 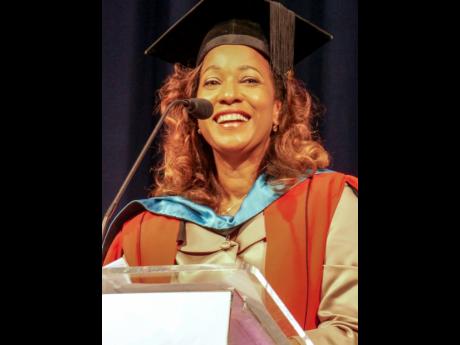 The University of the West Indies (UWI), Cave Hill campus, has awarded an Honorary Doctor of Laws to Jamaican Pamela Coke Hamilton, executive director of the Caribbean Export Development Agency.

Coke Hamilton was lauded for her work in assisting the regional private sector to access markets and utilise trade agreements, while creating new and innovative ways for the Caribbean to engage in the international trading arena.

A former counsellor in Jamaica's embassy in Washington, Coke Hamilton has also worked with the Caribbean Regional Negotiating Machinery, where she monitored developments, conducted negotiations, and prepared position papers on behalf of Caribbean States participating in the Free Trade Area of the Americas.

She also served at the Shridath Ramphal Centre for International Trade Law, Policy, and Services at the UWI Cave Hill Campus.

As director of the centre, she developed and implemented the master's in international trade policy, including identifying funding and scholarships of more than US$5 million.

Coke Hamilton is the author of a combined seven studies and trade briefs submitted to agencies such as the CARICOM Heads of Government, the World Bank, the Organisation of American States, and the Washington International Trade Association.