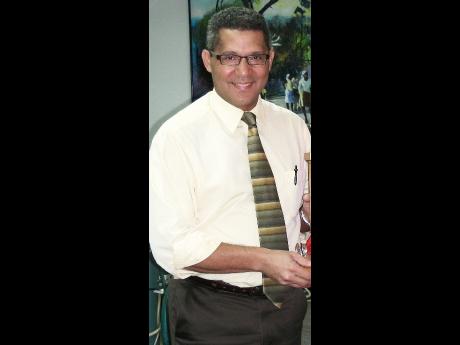 Days after The Sunday Gleaner first reported that the Dental Council of Jamaica has little power to move against dentists operating without valid practising certificates, a leading member of the fraternity has lashed out against the council.

President of the Dental Association of Jamaica Dr Jeffery Meeks said for years, the council has not been properly executing its mandate, with one of the major hindrances being the 41-year-old Dental Act.

"Part of the issue we are having is that the council has been very ineffective in policing the profession, particularly in the last six or eight years," Meeks told The Sunday Gleaner.

"To be fair, I was on the council up to six years ago, and we weren't doing a good job then. It had a lot to do with how the old act was written and what you could do to police the profession. We just need to have an act with more teeth."

The Sunday Gleaner also last week highlighted the case of Dr Stephen Kaufman, whose licence to practise was revoked in the United States and who has since set up shop in Jamaica, with the council not having much say on whether it is OK for him to operate in the island.

For Meeks, if there was a more modern act in place, cases like Kaufman's would have been much easier to deal with.

Meeks said steps were taken to amend the act at least eight years ago, but it was not followed through by members of the then council, some of whom are still members of the current council.

"The dental community held a retreat, including members from the public sector and members from the private sector, and we came up with what we thought were the important things to put into a new act, and then we had somebody write it for us in the form of an act. That was between 2005 and 2007," said Meeks.

"We knew that the 1974 act was outdated and there were some changes coming to the dental profession in Jamaica - particularly that we were going to start training dentists in Jamaica.

According to Meeks, there are several grey areas in the old act, among them the composition of the Dental Council, which he says should comprise the director of the auxiliary school, which has been absorbed by the University of Technology.

The Dental Council's method of record keeping also came in for criticism from Meeks.

The council currently has a book with the names of every dentist - dead or alive - and that is, by law, the official register of dentists.

This means that with a number of dentists operating without valid practising certificates, the council cannot readily inform the public of those dentists practising legitimately.

"What they should have done is simply put all of those things into a database. It is not a phenomenal number of people. In the whole history of the thing, we have probably had 600 dentists alive and dead," said Meeks.

"Two people working a 40-hour week can sort that out in two weeks. That should have been sorted out by the registrar, and the registrar is directed by the council. It is ridiculous! It is really not hard if you have the will to do such a thing."

Delinquent dentists - Dozens practising illegally across the island
D-Day for dentists - Those not registered by tomorrow to be named and shamed
Dental Act to get filling - New rules should offer more protection from quacks
Rejected in the US, accepted in Ja - Dentist banned from practising in America sets up shop in St Ann