WRONG MOVE! - OUR worried that changes to law governing its operation could dilute its powers 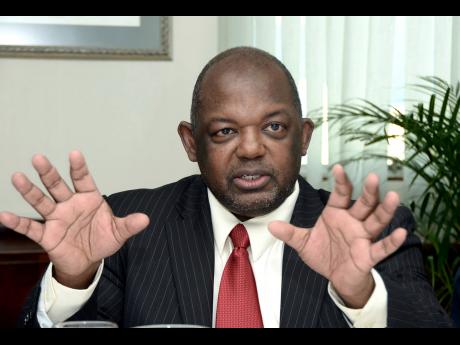 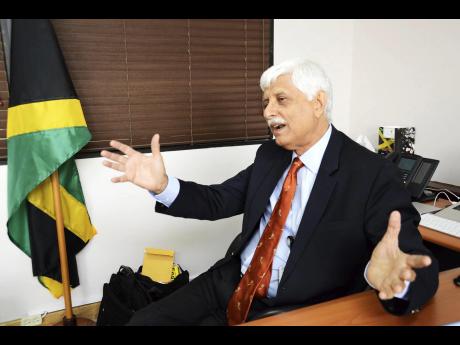 Rudolph Brown
Zia Mian, former director teneral of the Office of Utilities Regulation, had used his exit interview to warn of the dangers of a "government capture of the regulatory agency".
1
2

Here are excerpts of a release from the OUR, which says it was not apprised of the contents of the bill before its passage in the House of Representatives on 2015 October 13.

In a detailed submission to the OPM, the OUR commented on the provisions of the Bill and requested that they be taken into consideration.

The OUR's submission addressed, among other areas, the determination of rates and tariffs in the electricity sector; policy directions from Cabinet; and the restructuring of the Office.

The OUR welcomed the expressed power granted to the Office to make regulations prescribing the procedure and analytical tools to be used in determining tariffs in the electricity sector as this would enhance the existing transparency, predictability and accountability of the Office in the exercise of its tariff making function.

The OUR noted that the restriction of this provision to only the electricity sector, however, was an unfortunate omission, particularly given that the overarching regulatory objective of achieving market competitiveness was the same for all sectors.

The OUR stated: "We believe that this should be a general power of the Office in respect of all utilities regulated under the OUR Act. Such an adjustment will improve the current imbalance and disharmony in the exercise of our regulatory functions in relation to those sectors that have the benefit of defined policy and sector-specific legislation (such as telecommunications) and those that do not (such as the water and sewerage sectors)."

Commenting on the issue of the restructuring of the Office to include an Oversight Board, the OUR noted that "the role of the regulator is to balance the competing interests of all stakeholders in a sector, including utility operators and their investors, consumers and the Government, using technical skills and objective regulatory principles".

The OUR queried whether by this approach, the Government

was signalling that regulatory decision making should tend more to sector-interest considerations as against economic, technical and quasi-judicial considerations, and points out that if this is the intent, then this change in the nature of the regulator should have been subjected to a wider consultation with stakeholders.

"It is to this end that the Regulator recommends that the primary criteria for eligibility should be the technical skills and competencies of the individual, and not the interest group it represents as it has always been," said that OUR.

With regard to the requirement to seek the opinion of the Bank of Jamaica (BOJ) in the determination of rates and tariffs in the electricity sector, the OUR felt that this should be subject to further consideration.

The OUR noted that it has always used the data published by the BOJ (including bond rates) as part of its own assessment of return on investment and country risk when determining tariffs across the regulated sectors, and that it usually cites this source in its determination notices.

The OUR cautioned, "We are mindful of the BOJ's general objects as set out in the Bank of Jamaica Act with regard to influencing monetary stability and developing money and capital markets in Jamaica.

"The proposed new role of assessing the appropriate country risk premium applicable to investment in the electricity sector may pose a potential difficulty for the BOJ as it may conflict with its monetary policy responsibilities. For example, the BOJ, by prescribing a return on investment (albeit for the electricity sector), may unwittingly be sending a signal to potential purchasers of Government of Jamaica instruments regarding the levels of returns the Government of Jamaica is prepared to pay on those instruments. Such an influence on market conditions in other sectors may not be intended or desirable."

The OUR also expressed concern about the lack of evidence of consultation with other major affected stakeholders.

It is also concerned that several of its recommendations made over the past five years for the amendment of the OUR Act were not addressed in the current amendments to the act.

These recommendations include proposals to enhance the enforcement powers of the regulator, establish tariff setting guidelines applicable across the regulated sectors, and extensive provisions for consumer protection.

... OUR ready to intervene - Utilities watchdog yet to get official complaints about NWC's new digital meters
OUR upgrades ISO certification
OUR to get JPS report on St Ann power outage
OUR gets new boss - Enforcement director picked to replace Gordon
Insurance Helpline | Why can’t FSC be more like OUR?