Lunchtime with Lalah: Desmond Panton - in the driver's seat 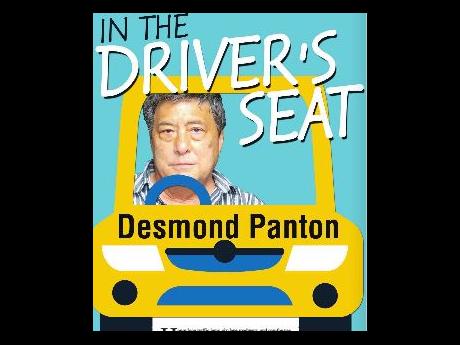 Hours-long traffic jams, six-lane roadways and pay-for-use highways in the mountains are part of everyday life in 2015 Jamaica. Five or six decades ago, however, the idea that the makes and models of motor vehicles on the island would be as diverse as they are now, might have seemed a little 'out there'.

With everything, from the ubiquitous Asian imports, to German head-turners, American power machines and even Italian marvels, Jamaica is a veritable UN of motor vehicles.

Of course, anyone old enough to know what a Lada is, and having memories of sucking soot while running to jump on to a moving jolly bus, understands that things weren't always this way. The change, over time, has, in fact, been quite massive.

I wondered what someone who has spent most of his life at the forefront of the motor-vehicle industry in Jamaica might think of the revolution that has taken place over the years. So, during a recent midweek lunch in Liguanea, St Andrew, with Desmond Panton, head of Executive Motors, dealers of the Mazda brand in Jamaica, I asked him.

"It's completely different. The market is completely opened up. It's as if there is a car mart on every roadway. There is hardly space to store the cars anymore," he said.

Even though the island's many used-car dealers are his competitors and offer consumers an often cheaper alternative to his stock of vehicles, perhaps surprisingly, he had nary a negative word to say about them.

"In my experience, the cars they bring in are of very high quality; very high. They are really good vehicles."

no intention to sell used cars

He said he had no intention of ever going into the used-car business, however, perhaps because of his family's long history dealing in new vehicles.

The Panton name is well known in Jamaica. It was Desmond's father who started LS Panton Limited in the 1950s - one of the first automobile importers in the country. Over the years, the Pantons have managed brands like Leyland, BMC, Hyundai, Honda (in the 1980s) and now Mazda. But not much is really known about Desmond, in particular. He doesn't do a lot of interviews and appears to have little interest in micro-managing his public image. He's pleasant; ready with a warm handshake, and polite. But he could hardly be described as overly jovial. His demeanour is stern and he has a focus that appears to almost always be on his business. When I asked him what he likes doing outside of business, he said: "Nothing, really. I like bird shooting and fishing. That's about it."

I asked him if he found that doing business in Jamaica was getting easier over time. "I think it was actually easier back then," he said with little hesitation. When asked what some of the specific challenges he was facing were, he thought for a moment. "Well, for one thing, there is just too much red tape involved in doing business. The policies that govern the industry change almost every day. That doesn't make any sense. Jamaica has no law that protects investors. None. And, I mean, look at the cost of something like an import licence. These costs are prohibitively high," he said.

Panton's company recently lost the licence to sell the Hyundai brand of vehicles in Jamaica. It was an unceremonious ending of a long-standing arrangement between Panton's company and the South Korean makers of Hyundai, which Panton said was poorly handled. The licence was given to a non-Jamaican company. He pointed to this as an example of how better regulations could have helped a local company. "There are no laws to protect investors," he repeated.

I asked Panton if fluctuating gas prices have any effect on sales of his vehicles. "No, not really," he said. "Jamaicans, I find, don't pay much attention to that when they are buying a vehicle. They have little interest in emissions and things like that. They buy the vehicles that they like." One vehicle that they really like, according to him, is the Mazda CX5 SUV, which is Executive Motors' best-seller.

I asked him what his plans were for the company going forward. "We have some thoughts on what we want to do with the Mazda brand in Jamaica. We are talking about it but we don't have anything finalised as yet," he said. The response was typical of Panton. He keeps things close to his chest, including charitable donations he has made over the years. Recently he answered the call of Calabar High School by donating a motorcar and a cheque valued at $1 million to the institution. He has also gifted a school for mechanics with a new vehicle for training purposes; and in 2011 presented sprinter Yohan Blake with a car to help with his foundation. "We try to offer help wherever we can. I think it's important," he said.