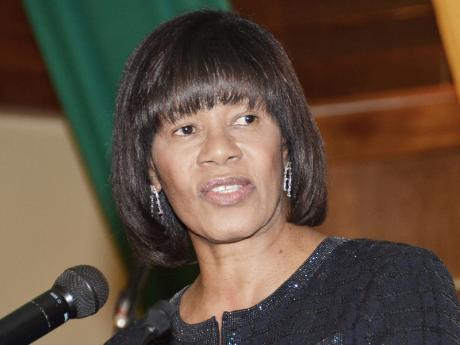 Prime Minister Portia Simpson Miller last night steered clear of the Dead Babies Scandal as she took to the political platform in Western Jamaica instead sticking to the script about what she called the achievements of her government.

There have been increasing calls for the Prime Minister to weigh in on the deaths of 18 babies at the University Hospital of the West Indies and the Cornwall Regional Hospital.

On Twitter, the hashtag FireFenton has been trending since the health minister revealed that he learned about the problems at the two hospitals almost four months after the outbreak of a bacterial infection that resulted in the eventual deaths of the babies. However, speaking at a PNP mass rally in Petersfield, Westmoreland last night, Simpson Miller stayed away from the issue, instead highlighting the Government’s economic performance under the International Monetary Fund among other matters previously reported.

Simpson Miller appeared uninspiring at points in her address when people were seen leaving the venue.

This was in stark contrast to the overwhelming cheers she received on her arrival in Petersfield for the PNP mass rally.

The Petersfield stop was the first in a series of three mass rallies the PNP has announced in the run up to a general election expected to be called by year end.