Ray Smith was a major institutional builder at UWI 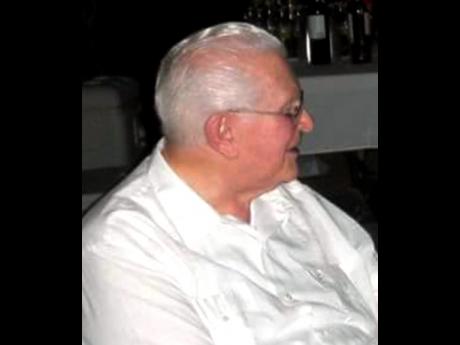 Ray Smith, or 'RT' as he was affectionately known, was an outstanding scholar of Caribbean society, and of family and kinship specifically. His book, The Negro Family in British Guiana, remains a classic to this day - a model of what analytically rigorous social science should aim for. It was in that seminal work that he laid out the data to prove that African-descended Caribbean family patterns were not themselves the source of poverty but, on the contrary, it was the low occupational status of the jobs available which shaped and, in some cases, destabilised family life.

Smith argued that it was this lack of opportunity which had to be addressed (via education and economic development) if the conditions of the poor were to be alleviated. In so arguing, he expressed his profound confidence in the potential of ordinary Caribbean people to shape their own lives, once they were provided with the opportunity to do so. Later, when he moved to the University of Chicago in 1966, 'RT' worked closely with the late Professor David Schneider on the American Kinship Project, which became a foundational study of kinship relations in the United States.

He was a major institutional builder at the University of the West Indies - one of the founders of the Consortium Graduate School in the Social Sciences, now a part of the Sir Arthur Lewis Institute of Social and Economic Studies. Through these and other efforts at the University of Chicago, Smith ensured that an entire generation of Caribbean social scientists was trained to the highest possible levels of academic excellence. Some of the most eminent anthropologists in the United States were his students at Chicago.

Born in Oldham, Lancashire, after a brief stint in the Royal Air Force, Ray attended Cambridge University where he obtained his doctorate in 1954. During his fieldwork in Guyana, he met Flora Tong, an accomplished potter, and they married and had two children - Colin and Anthony, born and raised in Jamaica in their early years. Ray deeply loved the people of the Caribbean and formed many enduring friendships in and out of academia. After retiring in 1995, he seized the opportunity to return when he could and was last in Jamaica in 2012, when he was reunited with old friends Sir Roy Augier, Hermione McKenzie, Joy Pilgrim and others.

Ray had an extraordinarily incisive and rigorous mind, and was a stickler for detail and intellectual integrity. An intensely private person, he combined a sardonic wit with a remarkable generosity of spirit from which all his students benefited in innumerable practical ways. In addition to Flora, Colin and Anthony, he is survived by a daughter from a previous marriage - Madeleine Giles - six grandchildren and three great-grandchildren. All of us will miss terribly this adopted son of our region, who gave of himself selflessly and tirelessly that others would benefit.