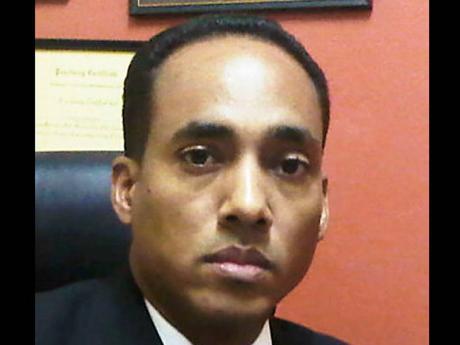 Champagnie ... chief among his concerns is the fact that 14 years have elapsed since the incident.

Attorneys for the three policemen and a former member of the Jamaica Constabulary Force (JCF) charged with the 2001 murder of two St. Andrew brothers have raised several concerns about the case and have asked the Director of Public Prosecutions (DPP) to review it.

Deputy Superintendent Mevrald Smith, Corporals Byron Anderson and Lorie O'Gilvie along with ex-cop Altimont Shakes were arrested and charged following a verdict by the Coroner's Court.

Attorney-at-law Peter Champagnie, who is representing Anderson, says chief among his concerns is the fact that 14 years have elapsed since the incident.

He cautioned that this could have implications for his client getting a fair trial.

In addition, Champagnie says the prosecution’s main witness has given two statements that appear to contradict each other.

According to him, one of the statements appears to contradict his client’s assertion that the shooting was in self defence while the other was undated, unsigned and had no proper certificate speaking to its authenticity.

The four accused were granted bail yesterday when they appeared in the Home Circuit Court.

The charges stem from an incident on March 10, 2001 at a house on Whitehall Avenue in St Andrew.

It's alleged that the police team, led by Smith, knocked on the door, got no response and proceeded to breach the lock.

The police reported that they were greeted with gunfire and returned the fire.

The brothers were subsequently found with gunshot wounds.