Earl Jarrett - Man on a mission 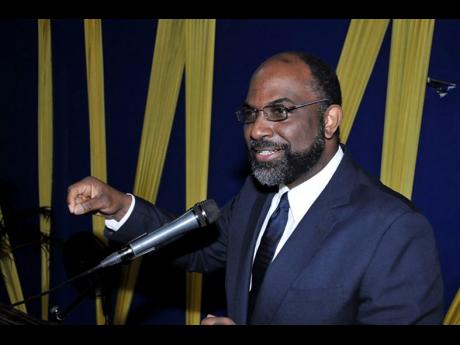 Jarrett ... will tomorrow night be inducted into the Private Sector Organisation of Jamaica Hall of Fame.

Earl Jarrett, general manager of the Jamaica National Building Society, will tomorrow night be inducted into the Private Sector Organisation of Jamaica Hall of Fame.

Today we share with you the many hats and awards of the JN boss, who finds time for many voluntary activities and positions in service to nation.

In 2008, he was inducted into the Order of Distinction, in the rank of Commander (CD), by the Government of Jamaica for service in the financial sector. Mr Jarrett has also received Pelican Awards from The University of the West Indies Alumni, Florida Chapter and the Jamaican Chapter of The University of the West Indies Alumni, in recognition of his significant contribution to the development of the university and to Jamaica.

- In 2010, he was named a recipient of the Caribbean Luminary Awards

- Conferred with two Doctors of Laws (LLD) honoris causa by the University of Technology, Jamaica and the UWI

- Awarded the Kiwanis Club of New Kingston’s Man of Excellence

- Inducted as a JIM Fellow

- A chartered accountant and graduate of The University of the West Indies, Mr Jarrett is:

- Order of St John Member of the University of the West Indies (UWI), Mona Campus Council