Footprints: Patslyn Wright - A mother who was strict but kind 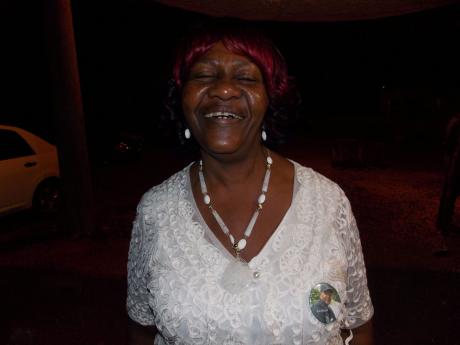 A selfless and caring mother - she was Patslyn Wright.

Ronita and Cloonie Blake had 13 children and Patslyn was one.

She was affectionately called 'Miss Patsy'.

Wright grew up in Rock River, Clarendon, with her brothers and sisters, then she moved to 81 St John's Road in St Catherine.

As a child, she honed her skills in cooking and caring for people. From an early age, she was already disciplined, and this was a value she instilled in her children.

Wright fell in love with Irie Williams, and they were married in the early 1990s. From the union, they had five children. Wright cared for and loved her husband dearly.

Leo, Lushanna, Chantel, Abagale, and Mogane were her heartbeats. she loved them endlessly.

She was remembered by them as strict but kind.

With Wright, it was either her way or no way.

But despite her sternness, she would go above and beyond for her children.

"If Mama must go foreign, she wouldn't because she wanted to stay with us," Leo recalled.

"She always put her children first in whatever she did."

"My mother always looked out for us. She was selfless as she would put our well-being above hers."

Wright was characterised as fun, hard working, and supportive.

"She was always smiling," Lushanna said.

Her daughter remembered her as a hard-working woman who tried everything to take care of her children. As a result, she ventured into many different jobs, including chef and janitor. She also did day's work for a while, and then she took care of elderly persons before she died.

A thanksgiving service was held on October 18 and her family and friends gathered to say goodbye.

Wright was 55. She had six grandchildren: Ashaya, Brandon, Navel, Leon, Chantasia, and Kevyon.