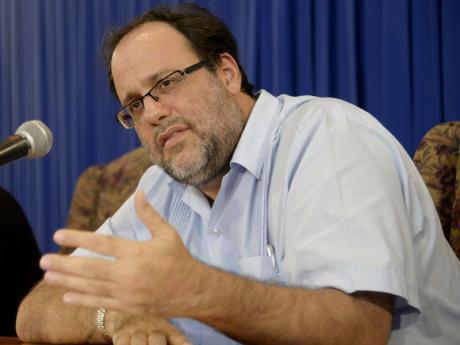 File Photo
Justice Minister Senator Mark Golding says the costly arrangements to facilitate the Privy Council do not support sustained access to justice for the vast majority of the Jamaican people.

The Justice Minister Senator Mark Golding has released a statement saying in 2009 the Jamaica Labour Party Government sent a letter to the Privy Council, which supports the view of the current administration that the Caribbean Court of Justice (CCJ) is a more acceptable final court.

The 2009 letter noted that Jamaica considers it important that the country’s final court of appeal is seen by the citizens to be participating in the Jamaican Justice system on location.

According to Golding, in response the Privy Council noted that it was interested in exploring visiting Jamaica.

However, it indicated that Jamaica would have to bear the cost.

That response is contained in a letter from which Opposition Senator Marlene Malahoo quoted last Thursday in her contribution to the CCJ debate in the Upper House.

Meanwhile, the Justice Minister says the costly arrangements to facilitate the Privy Council do not support sustained access to justice for the vast majority of the Jamaican people.

He says this is in contrast to the low cost required to facilitate the CCJ, which Golding argues is set up to visit the countries that are members of the court.

He pointed out that when the CCJ visited Jamaica for the Shanique Myrie case, it cost taxpayers about $1 million to cover renting the Jamaica Conference Centre, close protection officers and judges’ orderlies, Internet service, toner and protocol cars.

However, he pointed out that the bulk of that amount, about $650,000, was to rent the conference centre.

Golding notes that with a new court building opened on King's Street, Jamaica would not have to pay rental for a venue in the future and future CCJ visits would be minimal.