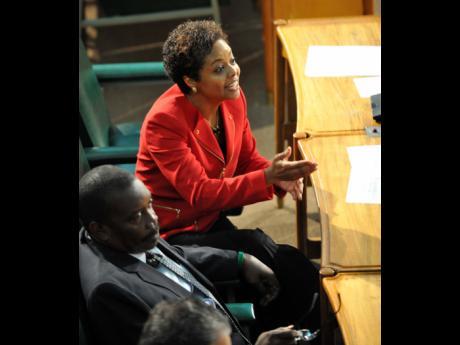 The UK-based Privy Council has confirmed that an unsigned letter opposition Senator Marlene Malahoo Forte claims she has from the court, is authentic.

During her contribution to the Caribbean Court of Justice debate in the Upper House last week Malahoo Forte quoted from the letter in which the Privy Council indicated its willingness to travel to Jamaica to hear cases.

However, since her suspension because of a failure to submit the letter to the Senate President, the letter has emerged unsigned prompting Justice Minister Mark Golding to indicate that he would seek confirmation with the Privy Council.

The head of communications at the UK Supreme Court, Ben Wilson, told The Gleaner/Power 106 News Centre this afternoon that the letter is authentic.

In an email, he said a signed copy of the letter was sent by post on April 16, 2010 to then Attorney General, Dorothy Lightbourne.

Meanwhile, Wilson attached a letter sent in November 2009 to the UK  by a John Almeida, informing the British Court of Jamaica's interest in exploring the idea of the court visiting Jamaica to hear cases.

Almeida, from the British law firm, Charles Russell, said he was writing on behalf of Lightbourne.