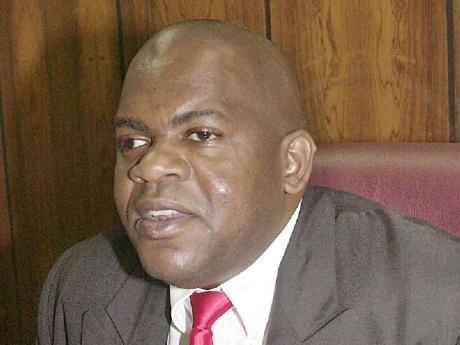 Morris ... insists that Malahoo Forte’s conduct on Friday warranted her suspension from the Upper House and that there was no breach of natural justice

Senate president, Floyd Morris will host a press conference at 11 o'clock this morning to respond to allegations following Friday's sitting of the Upper House which ended with the controversial suspension of Opposition member, Marlene Malahoo Forte.

Malahoo Forte was suspended after she defied an order to submit a copy of a letter, purportedly from the Privy Council, to which she referred a day earlier in her contribution to the debate on the bills proposing to establish the Caribbean Court of Justice (CCJ) as Jamaica's final appellate court.

The Senate president has been under fire from the Opposition, which claims he overstepped his authority by compelling the senator to submit the letter and for calling for the suspension of the senator without allowing her to defend herself. However, Morris has insisted that Malahoo Forte’s conduct on Friday warranted her suspension from the Upper House and that there was no breach of natural justice.

Yesterday, Leader of Opposition Business in the Senate, Tom Tavares-Finson advised Morris that the seven remaining Opposition members will not continue to participate in the CCJ debate until the suspension is lifted and Senator Morris and the other government senators apologise.

However, the government senators have indicated that they will not issue any apology.