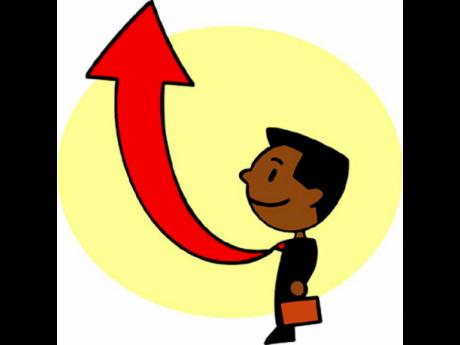 Our world today is in turmoil. We need to prepare the next generation to become successful leaders, equip them with skills and tools to solve global problems as they grow into the role of governing the world.

Long gone is the time when one could be concerned only with issues in one's country. The world is interconnected, globalised. We depend on one another. What affects one country, affects all countries.

The crisis in Syria shows this. Millions of refugees are on the move, trying to find a safer place to live. No matter how small or large a country, they all need to contribute to finding solutions for global problems.

One such forum, where countries meet and find solutions is the United Nations (UN) Organisation.

How do we prepare future generations at the UN?

At the opening ceremony for the GCMUN conference, in May 2015, in New York at the General Assembly Hall, Jan Eliasson, the deputy secretary-general of the United Nations, told 1,500 international students: "You are the largest, connected, diverse generation the planet has ever seen. You represent our hope to deal with future challenges in the world; a world faced with existential problems such as organised crime, growing tribalism, ethnic and religious dimensions. The world needs to find its way back to the core of 'The Universal Declaration of Human Rights', which states in article one:

'All human beings are born free and equal in dignity and rights. They are endowed with reason and conscience and should act towards one another in a spirit of brotherhood.'"

What is the GCMUN? How does it help to prepare the next generation?

The best explanation comes from the United Nations Association of the United States of America's web page http://www.unausa.org/

"Model United Nations is an authentic simulation of the UN General Assembly, UN Security Council, or other multilateral body, which introduces students to the world of diplomacy, negotiation, and decision-making.

At Model UN, students step into the shoes of ambassadors of countries that are members of the UN, from Argentina to Zimbabwe. The students, better known as 'delegates', debate current issues on the organisation's vast agenda. They prepare draft resolutions, plot strategy, negotiate with supporters and adversaries, resolve conflicts, and navigate the UN's rules of procedure - all in the interest of resolving problems that affect the world.

Before playing out their ambassadorial roles in Model UN, students research a particular global problem to be addressed. The problems are drawn from today's headlines. Model UN delegates learn how the international community acts on its concerns about peace and security, human rights, the environment, food and hunger, economic development and globalisation.

Model UN delegates also look closely at the needs, aspirations, and foreign policy of the country they will represent at the event. The insights they gain from their exploration of history, geography, mathematics, culture, economics and science contribute to the authenticity of the simulations once the actual role-playing gets under way, and ensures a lively and memorable experience.

Model UN not only involves young people in the study and discussion of global issues, but also encourages the development of skills useful throughout their lives - skills including research techniques, writing, public speaking, problem-solving conflict resolution, compromise, and cooperation."

How are students prepared to meaningfully participate in the GCMUN conference?

At the American International School of Kingston (AISK), we have a long-standing GCMUN tradition. Although there are many MUN conferences around the world to choose from, my favourite is the GCMUN conference in New York because of its authenticity. Students are in awe when they visit the UN Assembly Hall to attend the opening and closing ceremonies of the GCMUN. It creates a connection to the real world. It becomes clear to them that although their conference is a scenario of simulating situations, these situations could be real. The very topics they discuss at the GCMUN are debated in real life in the UN Assembly Hall. Even the dress code is like the real UN. Students are expected to wear business attire at all times during the conference (males are expected to wear jacket and tie). If the dress code is violated, they are not permitted to attend a session. It is a pleasure to see students from all over the world paying respect to the UN through their dress code as well as their respectful behaviour.

The training for the conference is an extra curricular activity at AISK, and runs throughout the year. It aims in particular at our IB students and allows some 10th graders to attend as well. To be admitted into the GCMUN delegation, students have to demonstrate that they are dedicated and committed to serious teamwork. Once students are accepted into the GCMUN, they go to work. The goal is to find as much information as possible about the country they have been assigned. Over the years we were assigned countries as diverse as Sierra Leone, Switzerland, Lebanon, Sweden, and even San Marino.

Students choose GCMUN-assigned topics they are interested in that will be debated during the conference. Teams are formed and usually consist of four or five members who jointly research background guides provided by GCMUN and other relevant information, enlightening them about 'their country's' point of view on a topic. Past topics included 'Eradication of Poverty' 'Deforestation', 'Girl's Education and Gender Equality', 'Malaria, TB, and Infectious Diseases'. The task is to represent the point of view of the assigned country. It is not about how students personally see the issues. This is not always easy, as sometimes the views of a country do not necessarily reflect the views students hold on certain issues. This simulation trains students to understand how the UN really works, how controversial and different points of view can be and how difficult it is to find a resolution that all UN members can accept. Throughout the year, students research, write positioning papers, practice opening speeches, hone skills with the aim to ultimately convince most delegations to side with them. At the end of the conference, the best- prepared and most successful delegations win and are acknowledged in various categories. AISK won 'Best Positioning Paper' once.

Students truly grow during the year, and it is not unusual to see students who did not even want to speak in front of their team in September, get up in New York in front of 200 international delegates, giving fiery speeches. It is a rewarding, eye-opening experience for students. Our students have formed friendships all over the world and now look at the world with eyes wide open.

The schedule of GCMUN is tight but it leaves a little time to add to the conference meaningfully.

In May of 2015 we visited the 9/11 Memorial, which reflects the global threat of terrorism. Experiencing the 9/11 Memorial made it very clear to our students how urgent it is to find solutions for global problems together, and how important the role of the UN is in this endeavour.