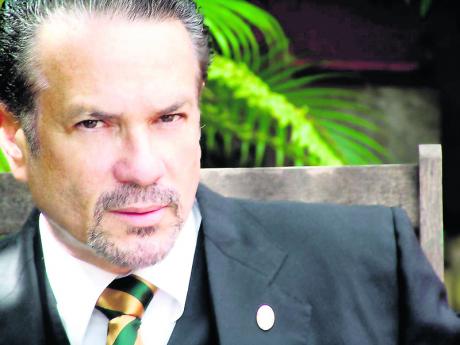 Leader of Opposition Business in the Senate, Tom Tavares-Finson has written to the Clerk of the Houses of Parliament, Heather Cooke demanding an immediate enquiry and explanation on the scope and extent of the video and audio surveillance system in Parliament.

Tavares-Finson’s concerns come against the background of the release of video evidence by the Parliament yesterday to dismiss claims by the Opposition that Senator Marlene Malahoo Forte had taken a bathroom break when she was suspended by Senate President Floyd Morris, last Friday.

The video evidence was presented by Marshall to the Houses of Parliament Kevin Williams during a press conference held at Gordon House yesterday.

He made the presentation on behalf of Senate President Floyd Morris who is visually impaired.

According to Tavares-Finson, the Jamaica Labour Party considers the videotaping and audio ‘bugging’ of members of Parliament and senators a gross violation of their right to privacy while outside the chambers of the Parliament and Senate.

In his letter to Cooke, Tavares-Finson urged the Clerk to the Houses to advise him on a number of issues.

He demanded information on the scope of the surveillance inside the Houses of Parliament.

He wants to know whether or not this surveillance includes audio recordings as well.

In addition, the leader of opposition business has enquired whether cameras and listening devices have been placed in the “Opposition room” and the “Government room” including the offices of the Prime Minister and Leader of the Opposition.

Tavares-Finson is asking why members of parliament and senators weren't informed of this surveillance in the private areas of the Parliament?