Ferguson seeks to clarify 'not babies in real sense' comment 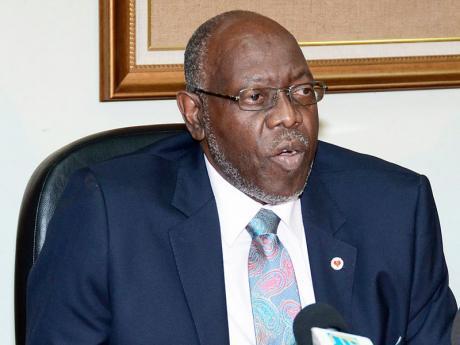 The embattled Health Minister, Dr Fenton Ferguson, has taken to prime time advertisement on television attempting to clarify his controversial comment in parliament that the infants who died were not babies in the real sense.

There have been more backlash for Ferguson since he made that comment.

However, in the television advertisement, Ferguson said he was only attempting to convey that the 19 infants who died were premature.

Yesterday, the Minister with responsibility for Information, Senator Sandrea Falconer, told journalists that based on discussions with Ferguson, the comment was a slip of the tongue.

In the meantime, Prime Minister Portia Simpson Miller has steered clear of calls for Ferguson to resign or be fired.

In a 73-second intervention in Parliament on Tuesday, the Prime Minister said she hoped that Ferguson and his team from the Health Ministry will implement systems to prevent a repeat of the dead babies scandal.