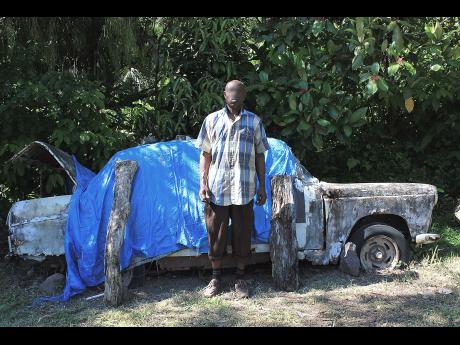 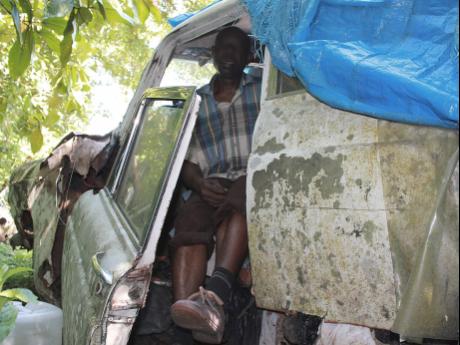 Police in St Mary are seeking support to help find suitable accommodation for a harmless but mentally ill man who has been living in a parked car for the last 16 years.

In 1999, following a series of arguments with his stepfather, the police asked George Lattibeaudiere to leave the family home where he lived in Scott's Hall, but the former mason had no money and was unable to find alternative lodgings.

As a result, that night Lattibeaudiere, also known as Breezy, moved into his Austin Cambridge car, where he has slept almost every night since then.

He told Rural Xpress: "There was some bad management and two police officers came one evening and said I had to leave because me and my stepfather couldn't live in peace. They didn't give me any reason, they just called me out of the place.

"It's not like we had a conversation because I could see they weren't taking any talk. I don't know why they did that, but I didn't want to get myself into any trouble and because I had the car, I just rested inside.

"My stepfather is dead now, and my nephew and niece live in the house. I haven't left the place to them; I'm just looking to the police force to carry me back home because they are the ones who took me out.

"I'd like some help from the police so I can go back into my home, fix up the place, make a one room for myself, and live in peace. I don't have to bother whoever is now living in my old room. From I have my own space, I'm OK."

Although Lattibeaudiere claims he owns the family home and paid taxes for the property up until the mid-2000s, sub-officer in charge of the local police station at Castleton, Sergeant Christopher Ward, says this is unlikely.

Ward believes Lattibeaudiere has no legal claim to the house and was asked to leave because his family could no longer cope with the mental illness, which the policeman fears may worsen unless appropriate housing is found soon.

He said: "Patrolling Castleton, I came across this gentleman and realised he lived on the immediate roadway, which is very dangerous and not good for either him or the public. There are several health risks because he has no kitchen or proper bathroom facilities and is exposed to the elements.

"However, when I tried to find out if there are any family members to assist, no one was really able to come and say 'Yes, I will take responsibility for him'."

Subsequently, Ward appealed to the local community to try and help raise Lattibeaudiere's living standards. He explained: "Here in Castleton, we engage very deeply in community policing, and earlier this year I started a programme called Change, which seeks to improve peoples' lives.

"I want Change to change him and would really like to see if a church group or charitable organisation with an outreach programme can donate a lot or a house for him.

"I'm sure we can get support through the Police Youth Club to help to construct a donated house. We have the human resources to help him, but we need a donor to assist in getting him off the road."