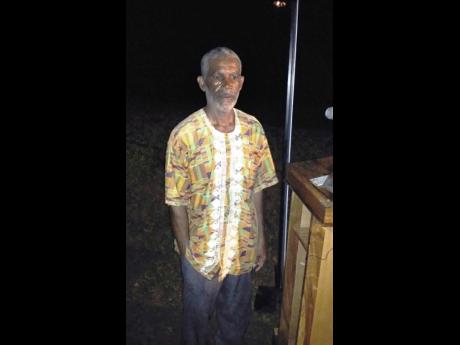 Colonel of the Moore Town Maroons in Portland, Wallace Sterling, is optimistic about the chances of real economic opportunities for the people of the Rio Grande Valley, especially with the Blue and John Crow mountains being designated as a world heritage site.

The Maroon village residents, who have been grappling with undue economic hardship as a result of bad road conditions, are now oozing confidence following the show of a documentary about the success, exploits, and tactical warfare used by 'Nanny', Jamaica's only national heroine.

"Protecting the environment is very important. We now need to combine the things that we have been doing, so as to keep the Maroon culture alive. New opportunities are now opened to all, but it is important to utilise the trails that were trod on by our foreparents. It, therefore, means that more young persons will have to be trained as tour guides, so as to take visitors along the varied trails, wherein they will also earn from it," he said.

According to the Maroon colonel, many visitors to the Rio Grande Valley, especially to Moore Town, expect to see the community as it was 250 years ago, which is an indication that there is a need to recreate a village, given the fact that landspace is readily available.

"We will be creating a Maroon village in Moore Town, even if it has to be done in a miniature way. We are going to build houses for stopover visitors; however, there will be one particular house where exhibits will be on display. Additionally, there will be a herbal garden and a performance area, which will enhance the village, so as to captivate visitors when they come," Wallace further stated.

The Maroon colonel noted that the creation of such a village will require funding, but that they are working closely with the Jamaica Cultural Development Commission to see what kind of assistance can be provided to them.