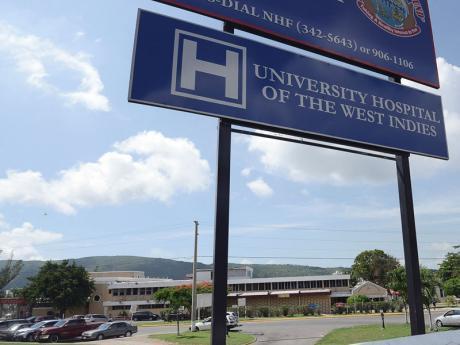 The Office of the Public Defender has issued subpoenas for three senior officials of the University Hospital of the West Indies (UHWI) to account for the circumstances under which 12 premature babies died at the institution over a five-month period from a bacterial infection.

Damion Mitchell with that report

According to the Public Defender, the subpoenas were issued as part of her probe into the circumstances under which 19 premature babies died as a result of outbreaks of the klebsiella and serratia bacteria at the UHWI and Cornwall Regional Hospital.

However, Mrs Harrison-Henry has declined to further comment on the matter.

Since June, 43 premature babies have been infected in four separate outbreaks.

Our source says the UHWI chairman Sterling Soares has already acknowledged receipt of the subpoena.

The  source also revealed that last week the Public Defender had requested an  interview  with  the  three  men to answer questions in relation to the Dead Babies scandal.

The interviews were to begin on Sunday with the hospital's CEO but he did not turn up.

Efforts to contact Dr White, Professor McCarthney and Mr Soares were not successful.