Will CCJ debate continue today? No clear indication opposition members will turn up 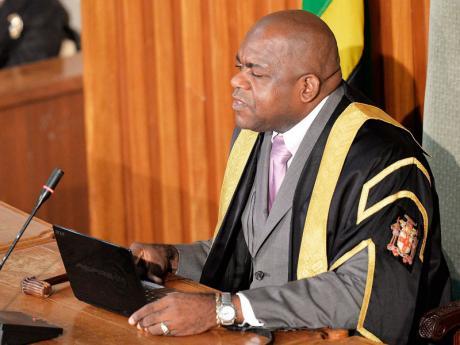 The Senate is to meet at 10 o'clock this morning to continue the Caribbean Court of Justice debate, but there is no clear indication opposition members will turn up.

Yesterday, Senate president Floyd Morris indicated that he would announce at today's sitting whether he will lift the suspension of Marlene Malahoo Forte which triggered the opposition boycott.

Morris was responding to a letter from the Leader of Government Business, A.J. Nicholson, suggesting that the suspension be lifted.

Senator Nicholson had said the suspension should be lifted because Justice Minister Mark Golding has received, from the Privy Council, a copy of the letter Malahoo Forte was requested to submit.

On Monday, Leader of opposition Business, Tom Tavares Finson wrote to Morris informing that his colleagues will stay away from the debate until the suspension is lifted and Nicholson and the Senate president apologise to Malahoo Forte.

Tavares Finson told The Gleaner/Power 106 News Centre yesterday that those conditions still stand especially because he has not heard from the Senate President since sending the letter.

Both Morris and Nicholson have rejected demands to apologise to Malahoo Forte.