YOUR MEDITATION: Halloween vs. Holy Ween! 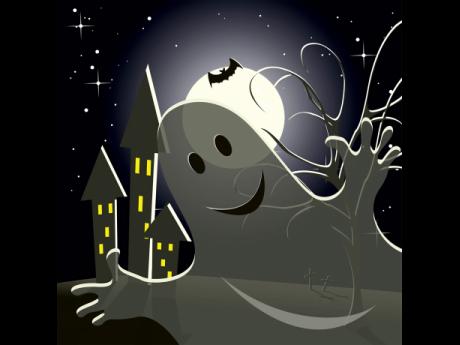 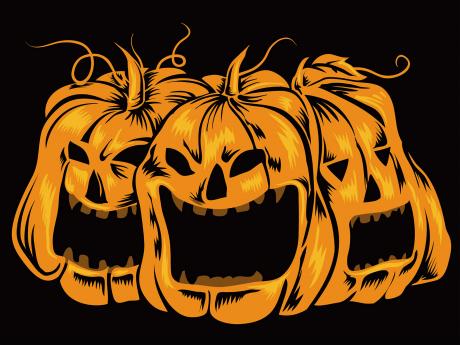 Do you know that the usual celebration of Halloween - with its various features, such as witches on flying brooms, ghosts, cult scary masks, and people dressed up in all kinds of costumes, etc., are pagan, not of Christian origin?

Yes, Halloween, which involved the terrifying concept of the spirits of the dead wandering around on the last day of October, goes back to the time of the Druids, the priests of pagan rites who were the leaders in the religions of the British Isles before the coming of Christian missionaries, who proclaimed the gospel to the natives. Through the effort of these courageous men and women of God most of the people were converted to the Christian faith.

However, remnants of the pagan religion which prevailed before the coming of these missionaries still remain, mainly in the form of the observance of Halloween on the last day of October, which is also the celebration of the beginning of the reformation. For on that day in 1517, Martin Luther nailed the 95 theses on the door of the church at Wurttemberg, Germany, thus beginning the reformation.

Now, in order to combat the pagan celebration of Halloween, the saints of the church decided to celebrate All Saints Day on November 1. You see, in contrast to the pagan concept of the souls of the dead coming back to haunt (or 'hag' us on the last day of October, the saints sought to proclaim that those who die believing in Christ share in His victory over sin and death in His glorious resurrection.) So the souls of those who die in Christ do not wander around on the last day of October, but rest in peace until the second coming of Christ.

Concisely, the celebration of Halloween is entirely incompatible with the celebration of the Resurrection. This, indeed, is the comforting (strengthening) message of St Paul to those Christians at Thessalonica who were grieving because they had loved ones who had died without witnessing the Parousia, the second coming of Christ: 1 Thessalonians 4:13-18.

13 "Brothers, we do not want you to be ignorant about those who fall asleep, or to grieve like the rest of men, who have no hope.

14 We believe that Jesus died and rose again and so we believe that God will bring with Jesus those who have fallen asleep in him.

15 According to the Lord's own word, we tell you that we who are still alive, who are left till the coming of the Lord, will certainly not precede those who have fallen asleep.

16 For the Lord himself will come down from heaven, with a loud command, with the voice of the archangel and with the trumpet call of God, and the dead in Christ will rise first.

17 After that, we who are still alive and are left will be caught up together with them in the clouds to meet the Lord in the air. And so we will be with the Lord forever.

18 Therefore encourage each other with these words."

Halloween then takes place on October 31, the eve of All Saints Day. Very significantly, this year, Halloween falls on Saturday with All Saints Day being the first Sunday of November. So, let us celebrate, and not be thinking about the souls of the departed wandering around to frighten us, but of the assurance of the resurrection, realising the souls of the righteous are in the hands of God. This assurance, far from frightening us, encourages, strengthens and fills us with hope!

- The Reverend Dr J. Emmette Weir is a minister of the Methodist in the Caribbean and the Americas.