Kerrian Johnson – from victim to motivator 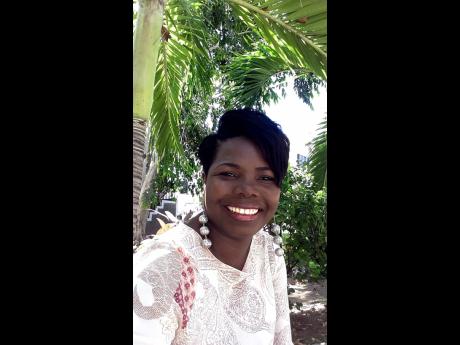 Today, gospel singer and motivational speaker Kerrian Johnson is attempting to transform lives by showing them a better way, offering hope to those who are in despair.

That she can be reaching out in this way is a miracle, especially in light of the fact that she attempted suicide more than once, had a mental breakdown, and is a survivor after being raped more than once.

Johnson shared her story with Family and Religion as she said she wanted her story to inspire other victims not to give up as she almost did but instead introduce them to Jesus Christ who totally transformed her life.

"I have been through a lot. I didn't grow with any parents. My mom was in a situation where both of us lives were in danger. In order to give me a chance at life, she did the worst thing a mother had to do," recounted Johnson.

Her mother left her at age three with a family. That family moved from their original location and it was there that Johnson lost all contact with her mother. She finally reconnected when she was 23 years old through RJR's 'Sunday Contact'.

But it was too late to protect her from all that she had to endure over the years.

By age 11, Johnson decided enough was enough and attempted suicide by trying to hang herself.

When that attempt failed, Johnson said she ran away from home living off the streets, receiving the occasional shelter from concerned folks.

She was again raped and thrown in the streets when she spoke up at another home where someone took her in, and with it came another attempt at suicide.

This time her effort was halted by the words of a popular cover song sung by Gospel singer Judith Gayle The Sun Will Shine Again.

The third time she was thrown out from another 'rescuer' came when she wanted to give her life to the Lord at age 15.

That eventually proved to be a blessing in disguise as she was taken in by Pastor Claris Brown of the Old Harbour Church of God of Prophecy.

"I was then given the opportunity to attend and graduate from Old Harbour High School and later, she furthered her studies at Institute of Management and Production.

Although Brown had taken her in and attempted to give her love and a second chance Johnson could not shake the need to be loved and to have someone to love. This had her wrestling with the Lord as she wanted a child she could shower all this love on. This led to her backsliding.

Two miscarriages later, Johnson eventually had her daughter. She finally had someone to love but not even that was enough to shake the baggage from her past which proved too much and saw her having a mental breakdown.

"My doctor diagnosed me as being mad and recommended medications to keep me sane. Through much prayer and fasting, I was healed without taking one of those medications," she said.

That miracle had her finally recommitting her life to the Lord, quitting her job as an accounting clerk and going into ministry.

"I needed to put my all in getting my ministries a great foundation, so I have chosen to focus here for now," she said.

Her debut album Cross Over Blessings produced by Ralston Simpson gives a glimpse of her source of strength in overcoming.

Johnson said the passion that keeps her going is knowing that what God has done for her He can do for others.

"It's me being the voice for the voiceless".

Johnson who hails from Andrew Hill, Clarendon, said her future goal now is to pursue a course to be trained as a counsellor or psychologist so she can help others.

"I have been doing this unofficially as a victim sharing what happened to me, but I want to be trained so I can be of more help," she said. For her, there is a lot of hurting children out there and that's why she said she is sharing her story.

Her advice to parents is, "listen to your child it doesn't matter if the accused is their father. Let them feel comfortable to speak with you."