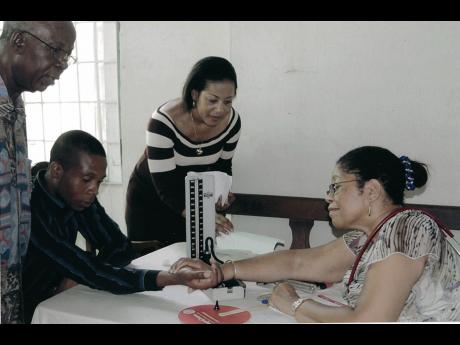 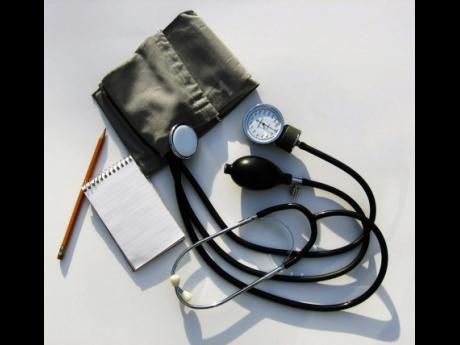 Scores of Jamaicans diagnosed with high blood pressure (hypertension) are not taking the prescribed medication despite the availability of Government subsidies for the well-needed drugs.

According to St Catherine-based doctor, Jacqueline Campbell, some patients refuse to take the medication once they are not experiencing any of the symptoms associated with hypertension.

"We have patients all the time who don't take their medication because they say they are not feeling any way different, so they don't see the need to check their blood pressures. You have all sorts of people who come up with stories," said Campbell.

"Some of them are not taking any medication at all, because there is this feeling among people that if I am feeling sick, that is when something is wrong with me, but if I am not feeling sick, then chances are that I am OK," added Campbell.

Hypertension is generally referred to as the silent killer because it has no warning signs or symptoms. Some patients are not aware that they are hypertensive until they visit the doctor for a check-up, but a failure to control the chronic disease could lead to other health complications, such as cardiac disease, stroke, and diabetes.

"The patients who are hypertensive will say, 'I am not taking any medication because I am not feeling it in my head'," said Campbell.

General practitioner Dr Charles Robinson said he, too, has noticed that patients have become increasingly reluctant to take their medications to control hypertension.

"The compliance levels are not as good as before," he said.

"I don't know if it is disposable income, but I find that people are only buying like half the amount, or quarter the amount (of drugs)," he noted.

The Government, through the National Health Fund, has been seeking to improve drug compliance among those living with certain chronic illnesses through the establishment of Drug Serv facilities islandwide.

These facilities allow persons to purchase prescription brand name and generic drugs at a reduced cost. Those over 60 years old and in possession of a Jamaica Drug for the Elderly Programme card can also obtain medications for chronic diseases such as hypertension at no cost.

However, when The Sunday Gleaner visited the Drug Serv facilities at Union Street and at the Glen Vincent Polyclinic at Trevennion Park Road last Thursday, several individuals with hypertension said that they were sometimes unable to access drugs at the facilities as they sometimes did not have the prescribed drugs in stock.

"Sometimes you have to visit three or four locations before you finally get all of the drugs," one lady said.

By 9 a.m., some of those who spoke to our news team said they had already visited another Drug Serv location that morning and were now making their second or third check as they were not able to get all the drugs they needed from one location.

Despite the unavailability of drugs at some locations, the general consensus was that the establishment of the facilities has made it very affordable for them to keep their chronic illnesses under control.

Some said they are now paying as little as $1,500 to purchase medications which would have cost them between $7,000 and $10,000 in previous years when purchased from private pharmacies.

While some are still not able to purchase the drugs despite the subsidies, Campbell does not feel the cost of the medication is the main deterrent for most persons.

"It's not necessarily financial because you ask some of them if it is because of the cost and they will say no, they just don't feel like taking it for whatever reason," she said.