The making of an exorcist (Part 2) - The rite of passage 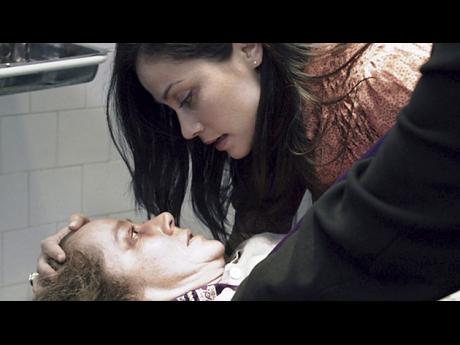 File
Exorcism is a healing profession that has little in common with Hollywood-style sensationalism such as seen here with Isabella (Fernanda Andrade) calling on exorcists to help save her mother in 'The Devil Inside'. 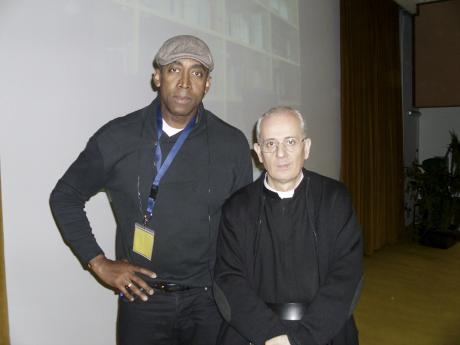 Embedded in research, I arrived in Thusis, Switzerland, not knowing what to expect. The spectacular snow-capped peaks bedazzled me as I rode over 7,000 feet into the Alps. But my mind strayed repeatedly as I pondered on what awaited me.

It is there that I was thoroughly vetted by Alistair, the presiding Bishop of the Holy Celtic Church and a knowledgeable figure in Liberal Catholic traditions. Before long, I became the central figure in a ritual that harked back thousand of years.

I was faced with a protracted and in-depth study of Old Catholic, Liberal Catholic theology and Celtic traditions followed by oral and written examinations. I was briefed on the preparatory degrees needed before admittance into the order of exorcist.

I was first initiated as a cleric. The degree of doorkeeper was later conferred, followed by reader - each having its unique rite. Probationary periods are instituted during which time the initiate is expected to live by the principles of each degree before advancing. The mastery of each level was essential. The office of exorcist was too important to be slighted.

That these degrees or 'minot orders' (except those of lector and acolyte) were no longer a part of the Roman Catholic Church was incomprehensible. According to Bishop Bate, the Church had long lost its way. And while its priests continue to work admirably in a pastoral capacity, the magical and mystical aspect of its liturgy has long vanished.

Many critics have pointed their fingers at The Second Vatican Council (1962) that examined the Church's relationship with the outside world. Sweeping changes followed, especially to the liturgy and the Rites of Exorcism. The amendments to the later was said to have defanged the powerful ritual. As a concessionary gesture, priests are permitted to the use the original 17th century ritual.

Interestingly, I was about to undergo a rite that the Roman Church has done away with, thereby invalidating any claim of being an exorcist. But to some, including myself, spiritual validation is not determined by the stroke of a pen.

Fast-forward - October 10, 2014. The ceremony that admits the candidate to the office of exorcist is scheduled after Vespers. Candles illuminate the ornate chapel, icons of saints adorn the wall, the smell of frankincense and myrrh adds to that aura of mystery, as clouds of scented smoke meander through every nook and cranny, searching for any possible modicum of negative energy.

Bishop Bate, draped in an alb, a stole, a chasuble, a pectoral staff, a zucchetto and a mitre, (during parts of the service) makes his way to the left of the altar. I stand, uneasy but fully prepared for this life-changing experience.

He says in an soft, measured tone: "It was the duty of the Exorcist in the ancient Church to cast out devils, to warn the people that non-communicants should make room for those who were going to communion and to pour out water needed in divine service.

"The Book of Exorcism was handed to him with the words: Take and commit to memory and receive the power to lay hands on demoniacs, whether they are baptized or catechumens.

"The candidate was admonished that as he cast out devils from the bodies of others he should rid his own mind and body of all uncleanness and wickedness, lest those whom he drove out of others overcome him. For then only would he be able safely to exercise mastery over demons in others when he should first have overcome their manifold wickedness within himself."

I am later cautioned, "to strive diligently in this new office in which I am called to exercise mastery over myself to more effectively help others".

The Bishop prays, imploring God to aid me in cultivating virtue that I may rightly practise the duties of the office.

I move towards him. He places his right hand on my head and intones, "In the name of Christ our Lord, I admit thee to the Order of Exorcist."

The ceremony is completed with a stirring orison that calls on the celestial hosts to come down upon me that I may rightly fulfil that which today I had undertaken.

Minutes later I depart. The ceremony is completed but my journey as an exorcist has only now begun.

The exorcist in ancient time is the psychiatrist of today. But for all the medical breakthroughs there are areas in human behaviour that continue to confound the experts.

This is where adepts in spiritual sciences can offer some additional insights into the unexplained. The exorcist in every society is one such adept whose role cannot be devalued, vilified or ignored. It is a healing profession that has little in common with Hollywood-style sensationalism.

The exorcist treats the wounded soul through prayer and counsel. It a faculty that requires intense training from those whose spiritual lineage is valid and unbroken. Those called to the office must also be mentally, emotionally and spiritually sound to ensure the needs of the sick are duly addressed.

As such, the practice of minor ordination leading to the office of exorcist is vital and should be reinstated or adopted where it is absent

I must conclude, though, that no single faith holds a patent or monopoly on this divine gift. For sure, exorcisms will continue to be the source of healing and comfort to millions, be they within or outside the fold of the Christian Church.