'Never forget their ills of the past' ... Phillips scolds JLP as he appeals to voters 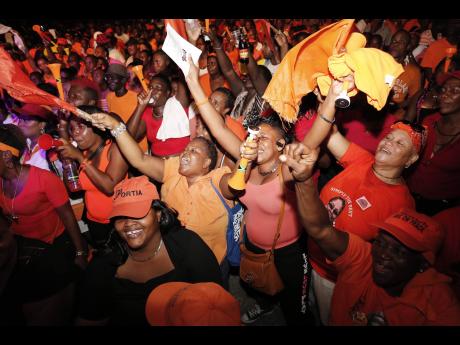 The deputy campaign director for the People's National Party, Dr Peter Phillips has appealed to Jamaicans not to forget what he described as the ills of the past as they prepare for the impending general election, expected before the end of the year.

Phillips, the finance minister, charged that the rival Jamaica Labour Party reneged on Jamaica's agreement with the International Monetary Fund that threw the country into the throes of disaster.

He cited what he described as former Finance Minister Audrey Shaw’s 'take it or leave it, not one red cent more' approach to the public sector.

According to Phillips, contrastingly, the Government of which he is a part, has avoided a "heavy handed" approach, even as he paid tribute to public sector workers.

Turning to the matter of crime, Phillips noted that there were three national security ministers and three police commissioners during the JLP’s tenure, "because they could not control the president of Tivoli Gardens."

He was referring to the extradited Tivoli Gardens' crimelord, Christopher 'Dudus' Coke.

"Some may forget but we don’t forget," Phillips said.

"We are proud that under Prime Minister Portia Simpson Miller, Jamaica can again, hold its head high."

The Finance Minister referred to the welcoming of heads of state like United States President, Barack Obama.

According to Phillips, Simpson Miller is welcomed all over because Jamaica is a reputable country once again.