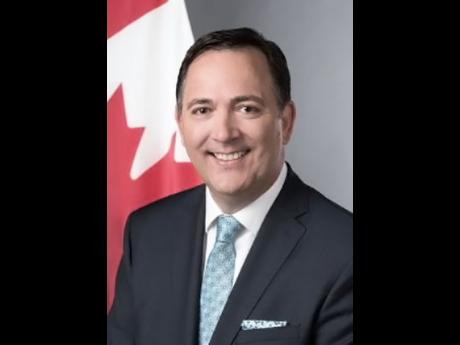 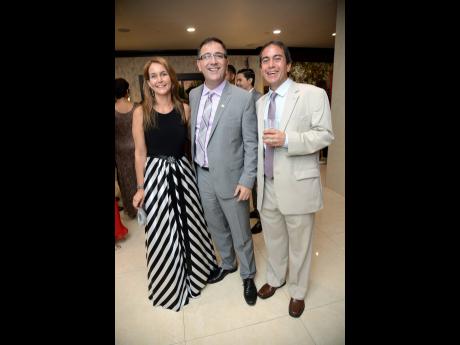 File
Canadian High Commissioner Sylvain Fabi (centre), flanked by the husband and wife team of Caroline and Andrew Mahfood at a recent banquet in New Kingston.
1
2

When Sylvain Fabi talks of languages and his love of them, his eyes sparkle a little, his hands come alive and the pitch of his voice raises a notch or two.

It is one of two major overlapping interests, which Fabi says clearly define him. The other, his love for people and travel ... a man on a wanderlust, perhaps. Combine that with being a career diplomat, and you see a different side of the formal, crisp-clothed man who now leads the Canadian efforts in the island.

Fabi is Canada's new high commissioner to Jamaica, and is loving every moment in the Caribbean sunshine.

At an interview at his home in upper St Andrew recently, he anticipated having guests over, even as he reminisced on his travels, learning Russian in a year, and a brief chat on Cuba - his most recent posting in the Caribbean.

"I love meeting people - the more people I meet, the happier I am," said Fabi

He sat forward in his chair to make a point about what he called the almost "mathematical precision" of the German and Russian languages - gesturing with his thumb and index fingers.

According to Fabi, there is a warmth and almost rhythmic beauty to the Spanish, Italian and French languages. He swears by the value of immersion in a culture and travelling widely to adding real value to life.

Fabi is fluent in four languages - French, English, Spanish, and Russian - and has travelled widely.

Born in Sherbrooke, Quebec, Canada, of French-Italian heritage, Fabi said his childhood seemed to have been riddled with the possibility that he would have had a very active adult life.

A history buff, and avid rugby fan, Fabi said his down time is spent reading widely, especially novels. His favourite author is Georges Simenon, creator of the fictional detective Jules Maigret. He plays the guitar, sings and enjoys the occasional golf.

The third of three sons, Fabi recalls his Catholic headmistress' consternation at his hyperactivity.

"Your brothers were such good boys ... but you ... I don't know," he recalls, mimicking her deep Italian accent.

He said this partly explains his curious nature, wanderlust, love for the arts and a hands-on approach to life and work. It is a feature which has served him well, he says. he has been a diplomat for the past 23 years.

Still, as Canada's newest high commissioner to Jamaica, it is something more practical which will be his focus - trade and policy, while strengthening business ties.

"The relationship is going well ... the biggest challenge is to make sure that it keeps on going well. Being of a trade background, the emphasis naturally will be on improving business ties," he said.

"I will also be giving priority to those areas in which I could have an impact. I want to do more about trade and I will be putting in a lot of effort to have this continue."

Time to include LGBTs - Fabi