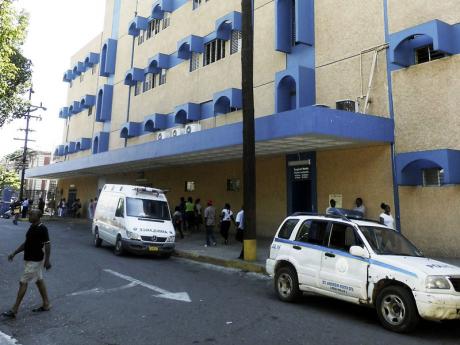 A correctional officer has been withdrawn from duties after his gun went off at the Kingston Public Hospital (KPH) today resulting in the injury of a patient.

Head of the Kingston Western police, Senior Superintendent of Police, Cornwall 'Bigga' Ford, says the officer was guarding a prisoner when the incident happened.

He says the patient suffered injuries to his arm caused by fragments from the bullet.

According to SSP Ford, the injuries are not considered serious.

The senior policeman says the Jamaica Constabulary Force regrets the incident and various support services have been made available to the victim and his family.

An investigation is under way to ascertain how the gun  went off.

Meanwhile, SSP Ford says the incident could trigger a review of gun protocols for correctional officers guarding prisoners at the hospital.