Daryl Vaz moves resolution for Fenton Ferguson to be censured 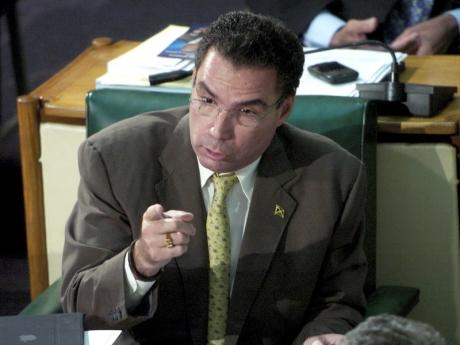 File Photo
West Portland MP Daryl Vaz is contending that Ferguson should be sanctioned for "gross dereliction of duty" and wants the House to declare that it has no confidence in the minister and recommend that Prime Minister Portia Simpson Miller removes him.

The West Portland MP Daryl Vaz has tabled a resolution in Parliament calling for the Health Minister Dr Fenton Ferguson to be censured over the dead babies scandal.

Vaz is contending that Ferguson should be sanctioned for "gross dereliction of duty" and wants the House to declare that it has no confidence in the minister and recommend that Prime Minister Portia Simpson Miller removes him.

Ferguson has been under pressure since he admitted that he learnt about an infection outbreak at two major hospitals in October, that's almost four months after it was first detected.

See a copy of the resolution below:

"Whereas, at a news conference at Jamaica House on October 20th 2015 and subsequently in this honourable House on October 27th 2015 in response to a question from the member for West Portland, the Minister of Health claimed he was mot aware until mid-October of the outbreak of bacterial infection that contributed to the death of 19 babies in the neonatal units at the University Hospital of the West Indies and the Cornwall Regional Hospital;

And whereas, the report of an audit of health institutions which the Minister himself ordered and which was submitted to him in August pointed to alarming conditions that have led to this outbreak;

And whereas the Minister failed to act promptly to address these issues in a way that would have prevented or minimised the loss of lives of these helpless babies;

And whereas this issue has highlighted the ineptitude and abysmal failure of stewardship on the part of the Minister, following, as it does his incompetent handling of the Chikungunya outbreak last year that affected thousands of Jamaicans

Be it resolved that this Honourable House censure the Minister for gross dereliction of duty, declare its lack of confidence in him and recommend to the Honourable Prime Minister that appropriate steps be taken to ensure that this important Ministry of Government is led by someone with the required competence."