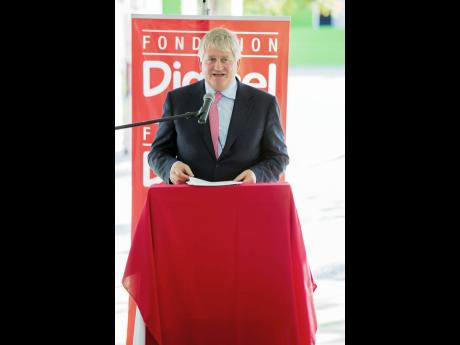 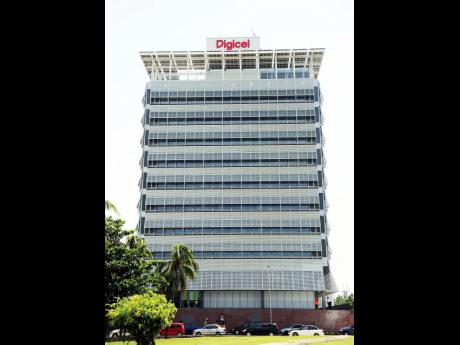 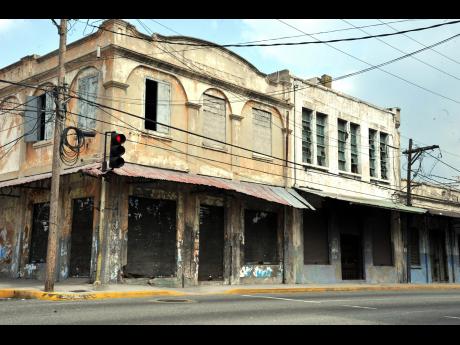 Norman Grindley
Another of the grand old buildings in downtown Kingston, this one at the intersection of Port Royal and Orange streets. 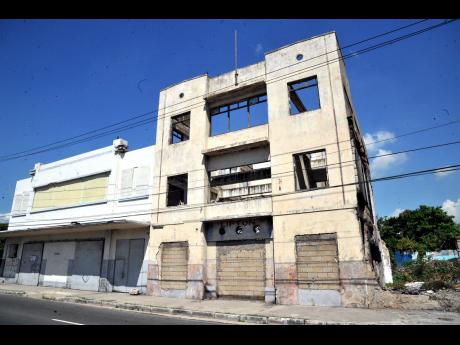 Norman Grindley
In disrepair and discarded is this building on Harbour Street. 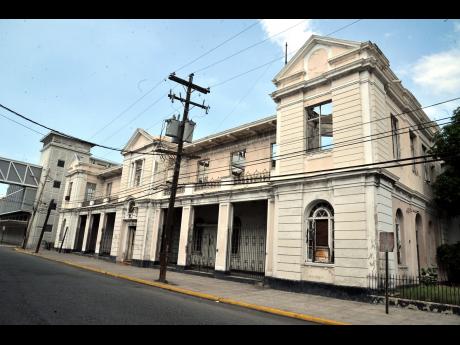 Norman Grindley
This building in downtown Kingston, at the intersection of Barry and Church streets, is impressive. 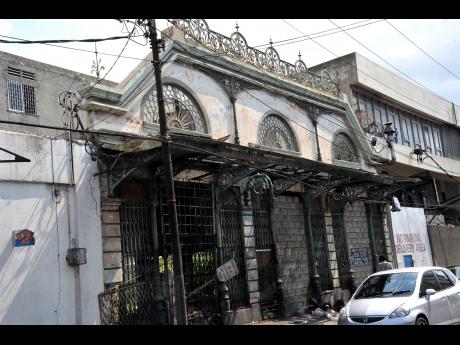 Norman Grindley
Another of the grand old buildings in downtown Kingston, this one on Orange Street in North Parade. 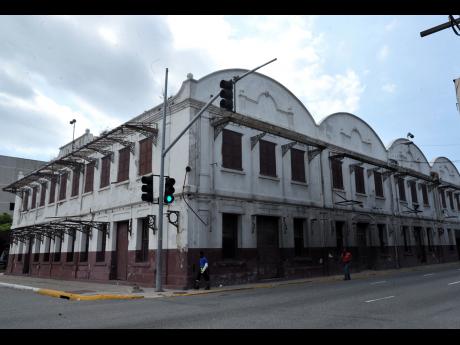 Norman Grindley
Another of the grand old buildings in downtown Kingston, this one at the intersection of Church Street and Port Royal streets. 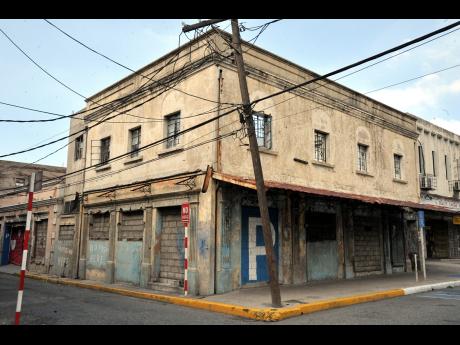 Norman Grindley
One of the grand old buildings in downtown Kingston, this one at the intersection of Church Street and Water Lane.
1
2
3
4
5
6
7
8

More than five years after he led the Digicel Group's board into making the bold decision to establish its corporate headquarters in downtown Kingston, Denis O'Brien is a little disappointed that the planned redevelopment of the market district is not moving quicker.

But the Digicel chairman remains convinced that downtown Kingston is a diamond in the rough and that the rebirth will take place.

"If truth be told, I would say that we are a little bit disappointed that the rest of the area doesn't have a cohesive plan to be developed. I think people are sitting on property and speculating, and I think there is a real opportunity to turn that into the SoHo of Kingston," O'Brien told The Gleaner.

Just over 20 to 25 years ago, SoHo in New York was rundown and dangerous to go to, but since then, the area in Lower Manhattan has been transformed with trendy upscale boutiques, national and international chains, pricey residential lots, art galleries, restaurants, and upscale bars.

The area has been regularly cited as an outstanding example of inner-city regeneration, and O'Brien is confident that downtown Kingston has all the elements that make for a similar redevelopment.

"The opportunity down there is just phenomenal," said O'Brien. "Some of the oldest buildings in the country are down there. It just needs a bit of vision," added O'Brien, whose company spent millions of dollars to transform the Coronation Market in the heart of the market district after it was damaged by fire in 2010.

He argued that while some critics believed Digicel was "off-the-wall" when it decided to spend billions to establish its corporate headquarters in downtown Kingston, the move has proved to be a good one.

"I have no regrets about being down there and putting up the building, but we thought there would be a much stronger, a better plan, to do an urban-renewal programme with tax breaks and encouragements, no property taxes to encourage local people to bring their business there, because it is one of the most beautiful parts of the whole city," added O'Brien as he declared his confidence that the rebirth of downtown Kingston would happen.

"It is a slower burn, and I think in the interim period, there have been some economic changes that did not give people confidence. But that has changed dramatically, and investors are now looking at Jamaica and saying, 'Wow! This is a country that has walked the talk in terms of fiscal reform'," said O'Brien.