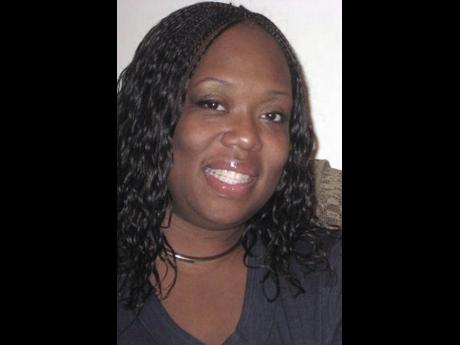 Tamika Angella Comrie, the first child of Frederick and Millicent Comrie, was born on May 26, 1974 at State University of New York's Downstate Medical Center in Brooklyn, New York.

in Baldwin, Oaks School # 3 in Oceanside, and Oceanside High School.

Comrie graduated from Hampton University in Virginia with a Bachelor of Arts degree in Psychology in 1996.

She received a Master of Social Work degree from Adelphi University in New York in 2003.

Upon graduation from Hampton University, she was employed by the Administration for Children Services where she worked as a dedicated case worker. She then went on to work with Catholic Charities

to make positive decisions both personally and professionally.

At the time when Tamika was called home to be with her Heavenly Father, she was employed by the Department of Homeland Security/Investigations Department as a special agent.

She was stationed at JFK airport working

in the JFK Smuggling Unit (JNSU). She was enthusiastic about her assignment with the department and the challenges that were presented.

'Meeka' or 'MeMe' as she was affectionately called, touched the lives of everyone with whom she interacted. Comrie was gracious, selfless, forgiving, and compassionate. She loved children, her family and friends with her entire heart. She enjoyed cooking, music and spending time with her dogs Chronic and Buster.

"She was a true friend and confidant to those who

Cousin, Elena Comrie, shared that, "Tamika was the sweetest of all the cousins."

Dr Fenton Ferguson, her uncle and Jamaica's minister of health, added: "Tamika was a wonderful niece who extended kindness to all without looking back for any returns. She was a natural leader who was always people-centred."