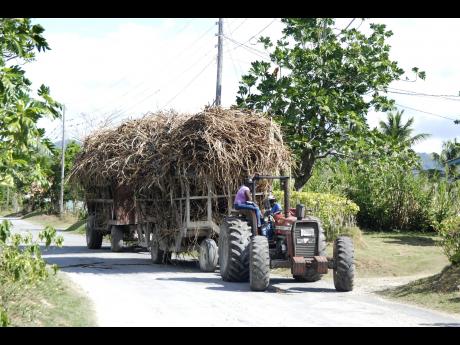 Governments in the Caribbean and Pacific region are being challenged to unite in resisting the coordinated approach by developed countries to destabilise their economies, often under the guise of development-assistance programmes.

James Paul, president of the Barbados Agricultural Society (BAS), used yesterday's opening ceremony of the inaugural Caribbean Pacific Agri-Food Forum to warn that island states in both regions seem to be swimming against the tide of global economic realities and are being sacrificed on the altar of commercial expediency.

"It may surprise many of you that I say commercial rather than political expediency, and it is not to somehow deflect attention from who I am, but to focus attention upon the rationale for many of the decisions that are made today," said Paul, who is also member of parliament (MP) for St Michael West Central.

He continued: "The main reason being the economic argument that unbridled capitalism and free trade represents the way to go in a modern world. The question that needs to be asked for Barbados and countries in CARICOM is that after changing the trading regime in the year 2000, why has the economic performance of our countries been so dismal in terms of the performance of our productive sectors?

"Further, why has the decline in

our productive sectors, including agriculture, been so dramatic despite every assurance to the contrary by those who crafted and led us into this new dispensation?"

The Barbadian MP warned, however, that the threat of underdevelopment was not only from outside interests.

"We cannot feel comfortable that the United Nations seems to be a club for the wealthy and that the interests of small-island developing states are ignored. Neither should we sit idly by and let CARICOM, as an institution, become a means by which the big companies in the Caribbean craft superior economic opportunities for themselves at the expense of farmers. To do so would make us delinquent in our responsibilities to our stakeholders," declared.

He pointed to the alienation of people from the land, which he blamed for the "huge disconnect between the ordinary people and those in the agricultural sector.

"This is reflected by the fact that in today's world, every effort has to be made to teach our children that food comes through the effort of farmers around the world rather than through a supermarket's back door. These are things we have to contemplate as more and more people live in urban environments and have no understanding of - or concern for - the plight of farmers. However, small-island developing states such as ours are unique in that we are too small to isolate activities from each other. Hence, the issues of sustainable development come to the fore here, because if we fail to utilise the resources available to us in a responsible manner, the impact on our countries as a whole will be traumatic," the BAS president warned.

For this reason, the Caribbean and Pacific regions must establish functional and mutually beneficial relationships in order to protect and advance their common interests, said Paul.

"I believe that if we all coordinate our efforts, the world will find it difficult to ignore us. However, we need to speak of one accord and in harmony with each other."

The forum, which runs until Friday, will include workshops that facilitate hands-on activities, where experts from the Pacific and Caribbean will participate in knowledge-exchange activities. It is anticipated that the presentation and analyses of case studies will lead to the establishment of links with existing on-the-ground project.

On Sunday, activities move to

St Vincent and the Grenadines for

the Learning Journeys aspect of the programme until next Tuesday, before heading to Jamaica for the final leg.

This initiative is implemented by the Technical Centre for Agricultural and Rural Cooperation (CTA), which is a joint international institution of the African, Caribbean and Pacific (ACP) group of states and the European Union.

The mission of the CTA is to advance food and nutritional security, increase prosperity, and encourage sound natural resource management in ACP countries.