Health Minister to address nation Sunday, health audit could be released then 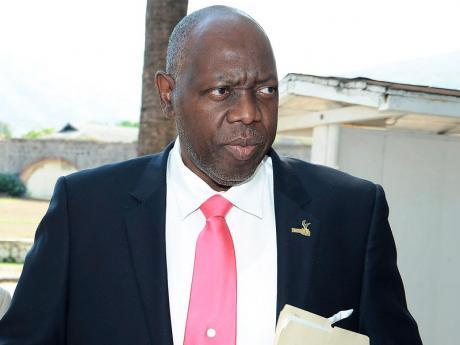 File Photo
Health Minister, Dr Fenton Ferguson, is due to give a national address on Sunday.

Jamaicans will reportedly have to wait until at least Sunday for the release of the suppressed audit of local health facilities.

Health Minister, Dr Fenton Ferguson, is due to give a national address on Sunday and a senior member of the government told The Gleaner/Power 106 News Centre that the release should not be expected until then.

Yesterday, Dr Ferguson bowed to public pressure and announced that the audit, which has been withheld for two months, is to be released.

He also said he would use the national address to respond to questions from the media and the public.

He says he will also use it to outline his future course of action in light of the dead babies scandal, over which there have been calls for him to resign.

Dr Ferguson came under renewed pressure to release the audit after the Jamaica Labour Party leaked what it said was information from the report suggesting the government knew about the current deadly bacterial outbreak at two hospitals earlier than it reported.

Speaking at a function yesterday, the health minister said he still feels publication of the document could have negative implications for health institutions and workers.

In September, Dr Ferguson released eight findings from the audit, some of which pointed to a breakdown in infection control at hospitals.

Nineteen babies have died over four months as a result of the infectious outbreaks at neonatal units at the Cornwall Regional Hospital and University Hospital of the West Indies.