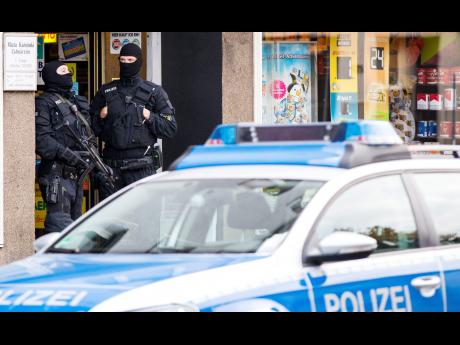 Germany and French authorities raided two unconnected human-smuggling operations, stressing yesterday that they were bringing refugees into Germany by plane and sneaking others across the English Channel by boat.

Hundreds of thousands of refugees and other migrants have flooded to Germany in recent months, seeking to escape war and poverty and start a new life. Many of them paid human

smugglers to take them across borders.

The alleged head of the group of 17 suspects,

who was only identified as a 24-year-old man, was arrested in the western city of Essen. Police also confiscated weapons and smuggled goods in the raids.

Federal police said the network operated mostly with forged passports and tried to bring people to Germany via plane. The traffickers charged around €10,000 (US$11,000) per person, which in most cases had to be paid in advance.

Many of the asylum seekers never made it to Germany, however, as their fake documents were recognised by authorities along the way.