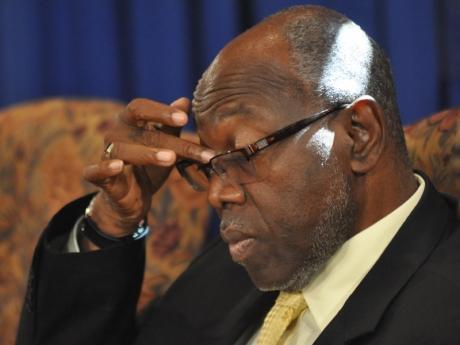 A statement from the Office of the Prime Minister (OPM) said Ferguson has been moved to the Ministry of Labour and Social Security.

The OPM says Derrick Kellier will now only have responsibility for the Ministry of Agriculture and Fisheries.

Prime Minister Simpson Miller said the Cabinet shuffle was driven by recent discussions and expressions of concern in the public domain.

According to her, these utterances could have the effect of distracting from the very important focus of economic and social reforms.

The Prime Minister says Horace Dalley will continue the programme of improved healthcare delivery at the Ministry of Health.

However, he will continue to oversee the remaining elements of the Public Sector Wage negotiations.

Simpson Miller says Ferguson will give focus to the Government’s priority of labour market reforms, while Kellier will continue to work in the area of the expansion of the agricultural sector.