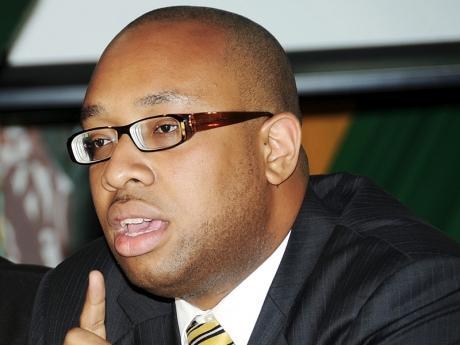 File Photo
Delano Seiveright ... It has dawned on me in travelling through the constituency that we need to embrace change and a passion for development.

Delano Seiveright, the Jamaica Labour Party (JLP) candidate for Eastern St Thomas says his focus, if elected, will be directed at introducing tourism to what he described as the most neglected parish in the island.

“I commit to you that there is a need to jump-start economic development in Eastern St Thomas,” said Seiveright at a 'Poverty to Prosperity' session in Morant Bay last night.

Declaring that the parish has great potential which has been going to waste, Seiveright promised a land title distribution programme for Eastern St Thomas to enable people to carry out entrepreneurial activities.

“It has dawned on me in travelling through the constituency that we need to embrace change and a passion for development,” said Seiveright.

“We must embrace a new culture that speaks to empowerment over handouts,” he asserted. “We do not have to accept the fact that St Thomas is the poorest parish in Jamaica.”

Seiveright declared to cheering supporters that there is not even a statue of National Hero Paul Bogle at the historic area where he resisted tyranny and oppression.

He said that the parish, which is blessed with rivers, has always been plagued by water woes.

“It is an embarrassment that in St Thomas every single road is bad, under the leadership of Fenton Ferguson,” said Seiveright, who is challenging embattled Health Minister, Dr Fenton Ferguson for the seat.

He said that when he speaks to the youth in the parish it has become patently clear that vote-buying, mud-slinging and other unsavoury political shenanigans have done nothing for the parish.