Carol Carridice – Missionary of the Lord 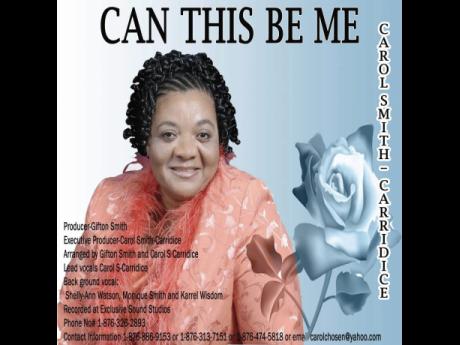 Singer, songwriter, Carol Carridice, has been called by many names in her lifetime, often the name-calling was by then to cause hurt. But today her greatest joy is to be called a 'Missionary for the Lord', a designation she accepts with honour.

The Clarendon-based gospel singer, the daughter of an obeah man, who grow up in St Catherine and, to a lesser extent, in Clarendon, described her early upbringing as a wretched experience marked by emotional, verbal, physical and sexual abuse.

However, amid the harshness of her childhood, the self-described traditional, foot-stomping gospel singer says she discovered a significant component of her life, and God has never forgotten her.

"I had the most wretched life imaginable as a child. I was practically abandoned by my mother, and was raped - oftentimes by my own family (members) and abused physically and verbally. You name it, Carol Carridice has been through it," the soft spoken singer shared with Family and Religion.

"But through it all, I discovered one thing: my God-given talent to sing, and while I meddled in secular music briefly, God has been good to me. He has completely transformed my life, so when I sing, it isn't only for the entertainment or monetary value of singing, but the privilege to minister for the Lord," Sister Carol, as she is affectionately called, testified.

The once abused girl who gave her life to Jesus Christ as a six year-old and symbolised her dedication to her saviour in baptism two years later, said her first album, He's been Good to Me is a reflection of God's transformation of her life.

He's been Good to Me is my first full-length album that I recorded in 1999. It is a personal, intimate project of challenges I triumphed over. My life's transformation and the sheer goodness of God to me," the gospel singer explained as tears welled up in her eyes.

She added, "Because of what I have been through, I can testify and minister through my music to others who may have similar experiences, or are having difficulties in their lives, that Jesus Christ is a true saviour."

With the successes of He's been Good to Me, a second album followed in 2000, He Paid All My Debts, and in 2010, she also recorded Could It Be Me. Along with the three albums, Sister Carol, who has toured the Caribbean, Canada, the United States, and England, has just released a new single called, Thank You for the Life You Gave Me for Move up Records.