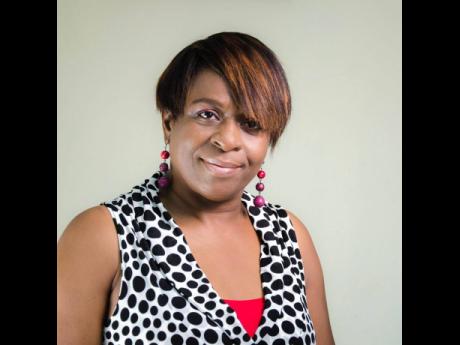 Her strong, rich voice can be heard in the song Higher Than I Have Ever Been. She sings with a passion that envelops the listener. A former touring member of the popular Grace Thrillers group, Dian Barnett is today thanking God for His divine interventions and strength to make it as a single mother.

With her elder daughter now attending a tertiary institution and the other a bright 14-year-old, she is still "fighting the good fight of faith", but for her, it's a task she has no regrets about.

Barnett, who worked as a secretary for several years in between touring with the gospel group, eventually walked away from her job to start her own business as "the job was taking too much time away from my family. It was challenging, especially with a non-supportive father", she told Family and Religion.

Barnett said, as a single mother, she had to live by faith in ensuring that her children did not lack anything.

There were times in her life when she clearly saw God at work. The moment which stands out the most involved the senior medical doctor at the May Pen Hospital - Dr Bradley Edwards.

She said she accompanied a pastor to the hospital who was visiting Dr Edwards and she was introduced to him.

Shortly after, she wanted to upgrade her driver's licence and had to get a doctor's signature. She went to see him and they chatted while he did the preliminary tests.

"When my blood pressure was checked, I noticed he came back with a strange look on his face." Barnett already knew what it was as, unknown to the doctor, she had been battling very high blood pressure for a long time.

She was not surprised when he told her it was unusually high. She was caught off guard when Dr Edwards uttered, "Oh, so you are the reason why, in the middle of the night, I got the urge to read up all I could on hypertension." The doctor admitted that he read so much, he hardly got any sleep.

He said he was going to put her on to one of the doctors who specialised in hypertension.

"I protested. I told him God woke him to take care of me, and I wanted that care!" Barnett recalled with a chuckle.

With the medication he prescribed, Barnett said that for the first time, her pressure got "almost back to normal" - a result the doctor himself hadn't expected so quickly.

Today, she is reveling in that miracle. But miracles are nothing new to her as she first experienced divine healing in her younger years after surviving a car accident in 1980.

"I suffered a broken leg and had to be admitted to Kingston Public Hospital. I was working in the government service temporarily and didn't have the funds or any health benefits. I didn't know what would happen to me."

Divine intervention was at work as her boss then was a veterinarian and had a brother who was a physician. Through that brother's connection, she was able to get the services of a bone surgeon who worked at the hospital.

"I was transferred to a private hospital and the two top bone specialists in Jamaica operated on my leg, and my fear of walking with a limp went through the window," she said.

Barnett, who lives in May Pen, Clarendon, is now working on new recordings - a follow-up to her album, Daybreak, and the super popular single Rooted and Grounded.