More turmoil for PNP in East Portland, Comrades storm out of meetings in rejecting Bloomfield 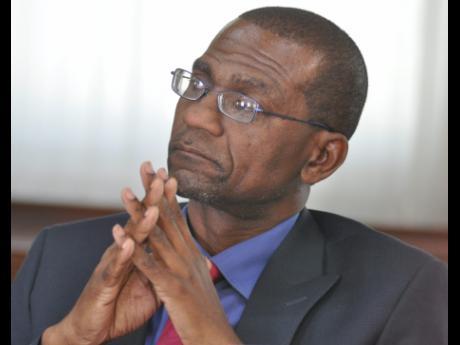 Bloomfield ... On September 6, he lost an internal election to attorney Andrea Moore polling 133 votes to her 144. However, the PNP hierarchy overruled the voters and later announced that Bloomfield would be retained.

Dozens of People's National Party (PNP) workers in East Portland stormed out of two separate meetings Saturday afternoon insisting that they do no want incumbent MP Dr Lynvale Bloomfield as the standard bearer for the upcoming election.

At the first meeting held at the College of Agriculture, Science and Education, there was a stalemate as party workers rejected the appeals of PNP heavyweights, Dr Peter Phillips, Maxine Henry-Wilson and Region Two chairman Dr Morais Guy to support Bloomfield. A source at the meeting who requested anonymity, told The Gleaner that the situation was even worse at the Port Antonio High School where party workers maintained that they will not support Bloomfield.

Some workers argued that PNP President Portia Simpson Miller could opt to transfer Bloomfield to another constituency in the same way she has reassigned Health Minister Dr Fenton Ferguson to the Labour Ministry.

Phillips and Guy repeatedly begged the workers to support Bloomfield in the interest of the PNP, but they were unmoved with some threatening to abandon the polls on election day if the PNP refuses to replace the incumbent.

On September 6, attorney Andrea Moore won an internal election 144 votes to 133 to run for the East Portland seat in the next election.

However, the PNP hierarchy overruled the voters and later announced that Bloomfield would be retained.