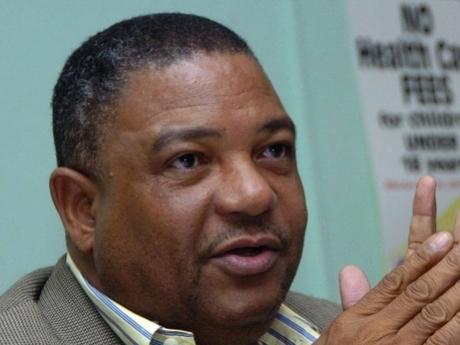 File Photo
Horace Dalley. The PNP says given the urgency of the situation, the return of Dalley to the health ministry should have a positive impact quickly.

Team PNP says it fully supports the ministerial changes that were announced by Simpson Miller yesterday.

In a statement released today, the PNP said it is timely and appropriate to have a fresh look at corrective measures to improve the public health care system in the wake of a scathing audit report about the conditions at some public hospitals.

The party says given the urgency of the situation the return of Horace Dalley to the health ministry should have a positive impact quickly.

The changes take effect on Monday. Meanwhile, the PNP says Dr Ferguson should be credited for significant improvements in the health sector during his tenure.

Among the improvements the party cited were infrastructural upgrade at rural clinics as well as the procurement of analytical and diagnostic machines that have been distributed across the public health care system.

It says Ferguson’s expertise and experience in the public service will enable him to build on the strengths of the Ministry of Labour and Social Security, in particular the social safety nets and related programmes.